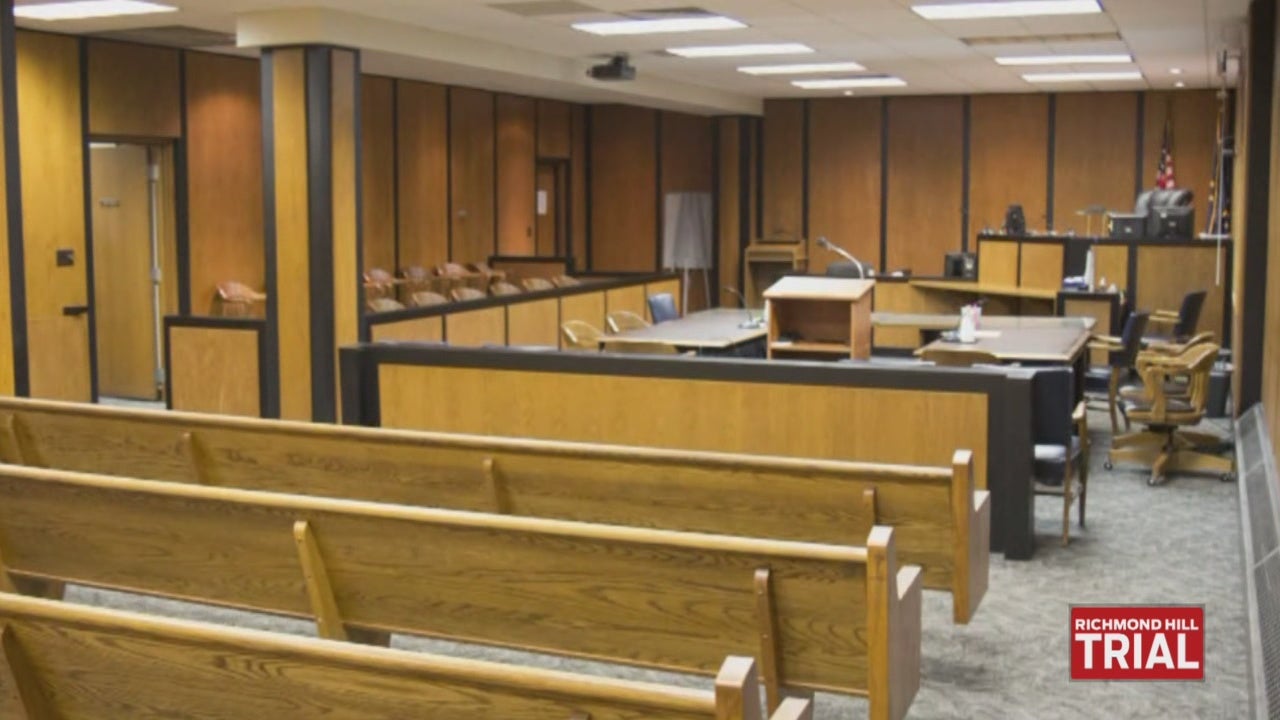 SOUTH BEND, Ind. (WISH) – Opening statements are expected to begin Monday in the case against Mark Leonard, one of the people accused in the 2012 Richmond Hill home explosion case.

“We got through the jury selection process. There were jurors that we are pleased with and in whom we’re placing our confidence in, and the defense is as well,” said Marion County Deputy Prosecutor Denise Robinson.

In fact, as the day went on, attorneys said it appeared potential jurors who’d been waiting all day were even more willing to serve, even in a case that could take between four to six weeks.

“I think a couple of jurors epitomized that when they said, even after they sat there all day, they felt it would be an honor to be on a jury, that it was part of their duty and they felt honored, and I really appreciate that. We know we’re asking for an incredible time commitment from these people, and the fact that they’re willing to come and sit means a lot,” said Robinson.

“We see citizens who want to go in there and do what they’re charged to do, and do the best they can do, given that they’re human beings, and that they come to this with concerns and questions and fears,” said Diane Black, one of the defense attorneys in the case.

“Today we did get a very good, open-minded panel. But they have yet to hear that one damaging piece of evidence, so I think that’s going to be telling,” said Black.‘HIT MAN’ CHARGES NOT DISCUSSED FRIDAY IN JURY SELECTION

Black is referring to what happened on Thursday during jury selection. That’s when the defense revealed to potential jurors that defendant Mark Leonard is also facing another charge for trying to hire a hit man from jail to kill a key witness. That entire panel of jurors was dismissed.

The defense has maintained they don’t want that evidence included in the trial.

St. Joseph County Judge John Marnocha said Friday morning before potential jurors were brought into the room, that he would still allow the hit man charges as evidence, and he felt advising the jury Thursday about the hit man charges was constitutionally improper.

Judge Marnocha said to attorneys, ‘the proverbial cat is out of the bag,’ adding that some potential jurors brought in Friday had already seen media coverage of what happened Thursday in the courtroom. Marnocha told attorneys they would continue with jury selection Friday, but that they could not bring that up again. Marnocha added, ‘If I have to interrupt, I will.’

The defense addressed their actions Thursday, on Friday evening.

“We told him before we started voir dire, if you’re not going to suppress it, that’s our client’s fifth and six amendment rights, then we have no choice, because we have a right to present a defense. We have to present it to the jury because we believe it’s so unfair, and that’s what you saw yesterday,” said David Shircliff, defense attorney. “We did present it to the jury, and what they found was, they couldnt be fair, if they knew that one piece of information, that really has nothing to do with, whether or not this was an event that was caused by our client or our client was involved with it.”

The prosecution has maintained that should be included as evidence for a number of reasons.JURORS SELECTED FRIDAY

Attorneys and Judge Marnocha worked past 6:00 p.m. to select those 12 jurors and four alternates Friday.

It went much faster than Thursday, when all potential jurors were dismissed late in the day.