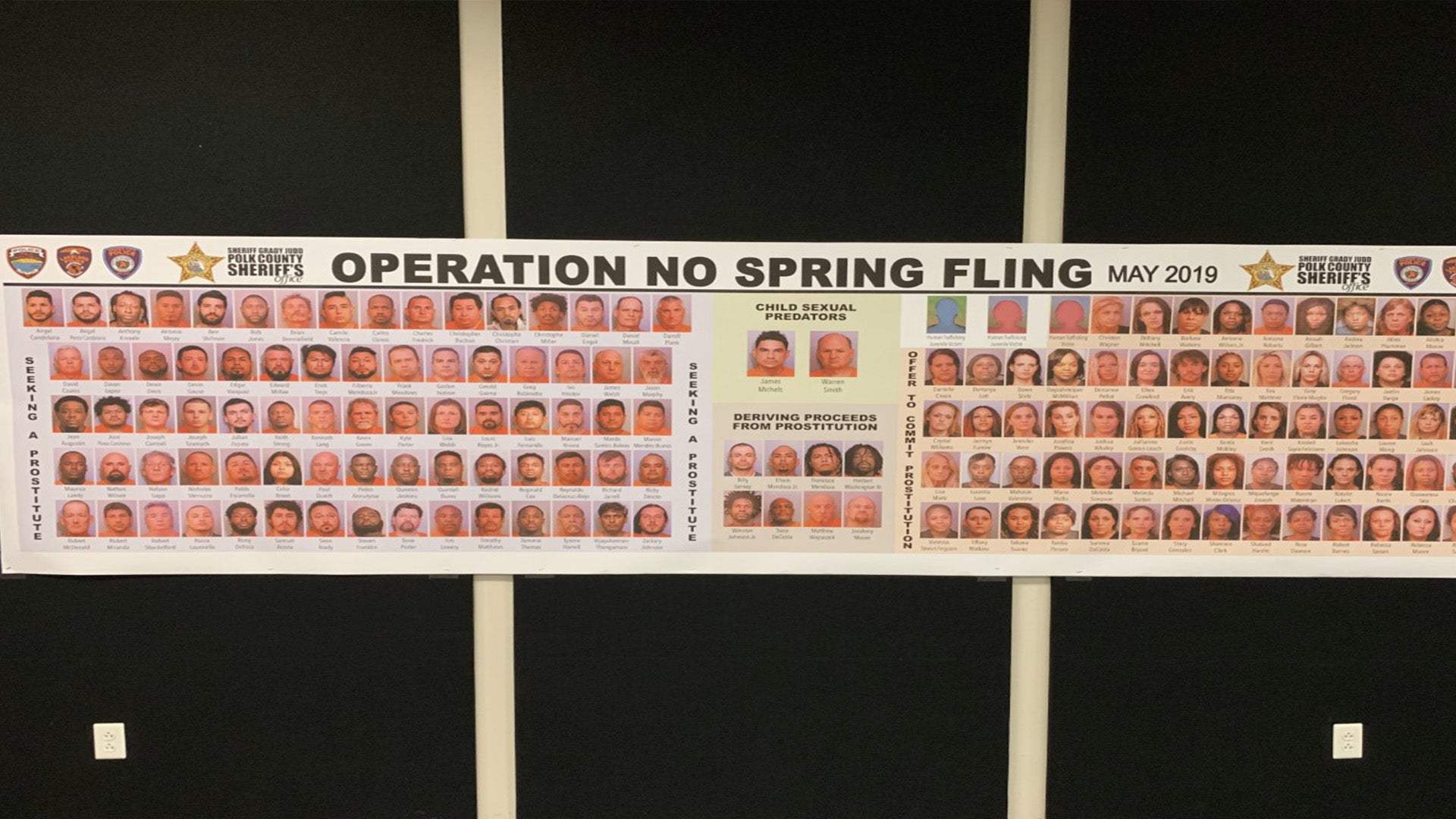 Of the 154 suspects arrested:

Two females have been identified as likely to be victims of human trafficking; one a 17-year-old and one a 23-year-old. A 17-year-old boy who traveled to the undercover location is also being considered a victim of human trafficking. All three have been offered services with the One More Child organization, and the Florida Department of Children and Families (DCF) is also involved.

“The primary goal in operations like this is to find victims of human trafficking who are being manipulated into prostitution. Prostitution is also a public safety issue involving the spread of diseases, the use of and dealing in illegal drugs, and other criminal activity that is associated with prostitution. It should be well-known by now that Polk County is not a good place to be involved with prostitution, thanks to operations such as this,” Polk County Sheriff Grady Judd said.

The operation includes charges ranging from soliciting prostitution, procuring prostitution, traveling to meet a minor for sex, and child pornography with detectives working with police departments in Lakeland, Winter Haven, and Haines City. In all, detectives filed 46 felony charges and 202 misdemeanor charges against the suspects.