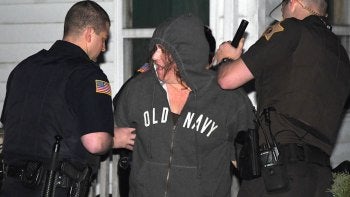 BLUFFTON, Ind. (WANE) A six-month investigation into drug activity in Wells County concluded Friday with the arrests of 12 people.

The sting was named “Operation Rolling Rock,” a reference to Sisyphus’s journey in Greek mythology when he rolled an immense boulder up a hill.

Arrested Friday are (all from Bluffton) are:

Warrants were served to the following people who were already in jail:

Police are searching for 23-year-old Catey Williams. She is encouraged to turn herself in at the Wells County Jail.