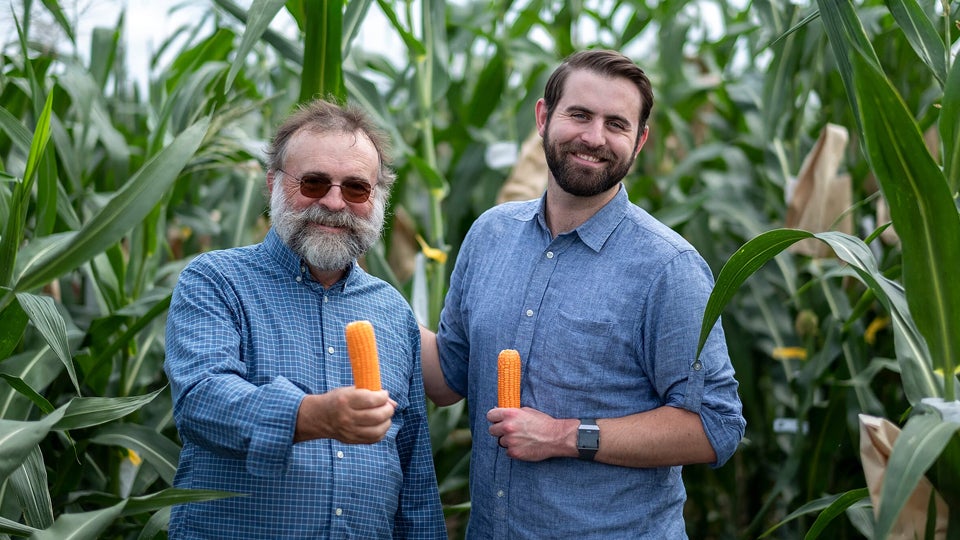 WEST LAFAYETTE, Ind. (Inside INdiana Business) — No big fanfare. No major announcement. Evan Rocheford found out that he was named to Forbes “30 Under 30” list just like everybody else.

“I found out when it got posted online,” said Rocheford, chief executive officer of West Lafayette-based NutraMaize LLC.

The list in the business publication recognizes “innovators and trendsetters who are changing the world,” and who are under the age of 30.

Forbes says it received 15,000 nominations of young entrepreneurs. Rocheford is one of 600 selected nationwide.

“It was surreal,” said Rocheford, who at age 29 just made the cut. The young executive started the food company five years ago with his father, Torbert Rocheford, a professor of agronomy at Purdue University.

It was originally developed to help areas in sub-Saharan Africa address vitamin A deficiencies. Domestically, the company is now marketing milled grain, sold as grits and other products.

“Corn is the largest staple crop in the U.S. and an essential building block of our food system,” said Evan Rocheford. “That means if we make corn better, we fundamentally improve the American diet.”

The younger Rocheford is responsible for marketing the company, using his entrepreneurial spirit to get the product his father created noticed.

“I think that being recognized on the list, really raises our profile as a company and it is bringing a lot more attention to our mission,” Evan Rocheford said. “It gives us a more robust platform to continue telling our story and inspiring people to participate in what we’re doing.”

Evan says working with his father so closely has helped each other achieve their mutual goals and dreams.

“It’s really important to me to build on what he’s done. He’s spent his life working on this,” said Evan. “It’s really an honor for me to be able to take his life’s work, and then build upon that and take it to the next level.”

That next level includes expanding the reach of their corn-based products. This year NutraMaize partnered with Indianapolis-based Piazza Produce Inc., a wholesaler and distributor of fresh produce and other food products. Rocheford believes that distribution channel will create opportunities to get their orange corn into the hands of more chefs and other retailers.

The founders of Indianapolis-based tech company Socio were also included in the Forbes list in the Enterprise Technology category. Click here to read that coverage.