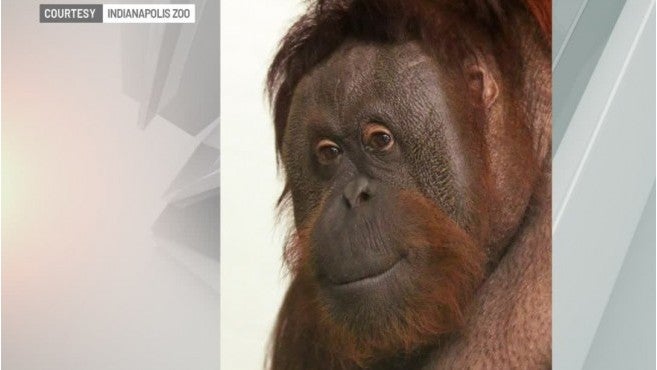 Kim died Tuesday of a respiratory disease, according to a necropsy.

The Simon Skjodt International Orangutan Center opened in 2014 at the zoo.

“She and her son Max came here in 2016 in poor condition — Kim was obese and suffered from respiratory symptoms, and her infant Max was failing to thrive,” the zoo said on Facebook. “Since arriving, Kim’s condition improved after losing weight, but her respiratory issues remained.

“Max was diagnosed with hypothyroidism but is thriving with daily medication. Max and adult female Knobi have a very special bond. In Kim’s absence, Knobi has become a surrogate mother for Max, who turns 3 later this month.

“Today, we remember Kim fondly as a sweet and gentle orangutan. She will be missed.”

According to the Los Angeles-based Orangutan Conservancy, orangutans generally live 35 to 40 years. “Orangutans are one of the most critically endangered of the great apes, due to poaching and habitat loss from deforestation and the palm oil plantations that are devastating Indonesia in 2017,” its website says.

The orangutan’s death comes just a few weeks after a female lion killed her male companion at the Indianapolis Zoo.