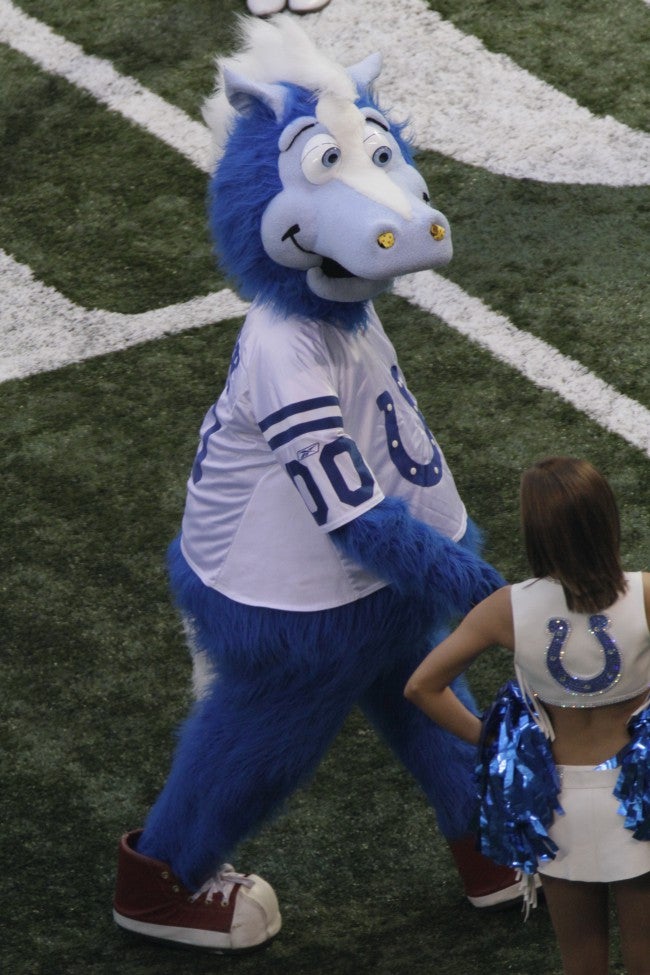 WHITING, Ind. (AP) – Baseball has Cooperstown. Football has Canton. If Whiting Mayor Joe Stahura has his way, sports mascots will soon have the northwest Indiana city.

A brochure has been created to kick off fundraising efforts for the National Mascot Hall of Fame that would honor some of the well-known sports mascots who have entertained fans for generations, such as the Phillie Phanatic, the Famous Chicken, the former San Diego Padres mascot, Brutus the Buckeye and Bucky the Badger.

“It’s really going to be a children’s museum that focuses on and highlights the world of mascots,” Stahura told The (Munster) Times.

The brochure describes various potential features of the hall and how it could entice visitors to make repeated trips to the venue to enjoy a variety of activities and events.

David Raymond, the original Phillie Phanatic, and members of his company, Raymond Entertainment Group, came up with the idea. He said the genesis of the hall was an incident in 2003 when Pittsburgh Pirates first baseman Randall Simon hit one of the Milwaukee Brewers’ sausage mascots with his bat. Raymond was approached by a member of his entertainment group, Chris Bruce, about doing something fun in response.

Raymond gathered a group of about 30 costumed mascots to march on Philadelphia City Hall to unveil a Mascots Bill of Rights. The lighthearted event attracted an even bigger crowd and even more attention the following year, and soon, the idea of a Mascot Hall of Fame was born.

The hall is only an online entity at the moment, and Raymond thought at first his group might eventually be able to have a mobile exhibit or be a part of some other existing development. The opportunity for a hall came with a call from Whiting a couple of years ago.

Stahura said the city will use tax increment financing bonds to construct what has been envisioned as a 25,000-square-foot building. He said the city is probably going to invest about $8 million in the structure, parking and related exterior components.

He estimated an additional $2.5 million to $4 million will be spent on interior attractions.

The project was initially scheduled to open in the fall of next year, but Stahura said “the sooner we get a couple of donors to step forward, the sooner we’ll have a shovel in the ground.”