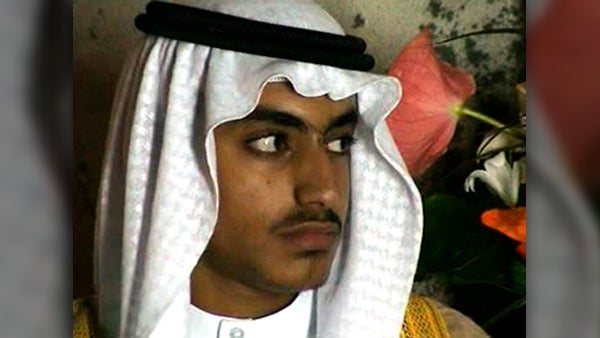 FILE - In this image from video released by the CIA on Nov. 1, 2017, Hamza bin Laden is shown at his wedding. Years after the death of his father at the hands of a U.S. Navy SEAL raid in Pakistan, Hamza bin Laden finds himself clearly in the crosshairs of world powers. The U.S. has put up to a $1 million bounty for him. The U.N. Security Council has named him to a global sanctions list, sparking a new Interpol notice for his arrest. His home country of Saudi Arabia has revoked his citizenship. (CIA via AP, File)
by:
Posted: Aug 1, 2019 / 09:48 AM EST / Updated: Aug 1, 2019 / 09:48 AM EST

U.S. officials had been working for some time to confirm the death of Hamza Bin Laden and have recently received evidence that they believe corroborates his death.

The U.S. government earlier this year accused Hamza of seeking to encourage attacks against the U.S.

The New York Times reports Hamza was killed in an operation within the last two years.

The state department said items seized from Osama Bin Laden’s hiding place in Pakistan where he was killed in 2011 indicated he was grooming Hamza to replace him as Al Qaeda’s leader.