Over 250 pounds of marijuana confiscated in I-70 traffic stop 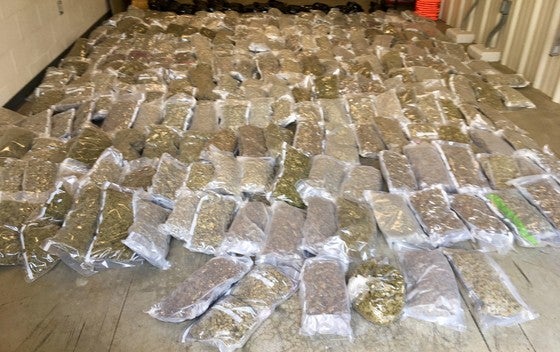 It happened just after 7:30 a.m. when a semitractor-trailer was stopped traveling east on I-70 near the Cloverdale exit for U.S. 231.

During the stop, an officer noticed several criminal indicators and later found 260 pounds of hydroponic marijuana concealed within a load of lettuce. The shipment was being transported from Colorado to Florida.

Officials estimate the marijuana to hold a street value of $1 million.

Jorge Blanco-Diaz, 33, and 40-year-old Adam Delacruz were taken into custody at the Putnam County Jail.

Both men face a felony charge of dealing marijuana.