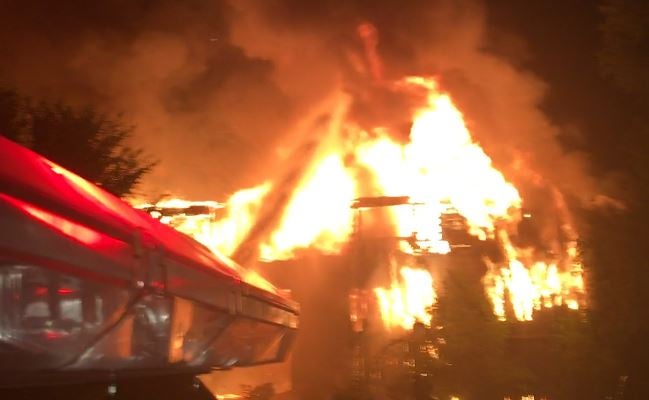 The fire was under control by about 2:30 a.m., according to WTFD. The building was the former home of Hoosier Wood Preservers.

Officials were working to determine what started the fire, which caused an estimated $50,000 worth of damage.

WTFD Capt. Mike Pruitt said a fire ruled suspicious burned a large structure to the ground at the same spot two years ago.