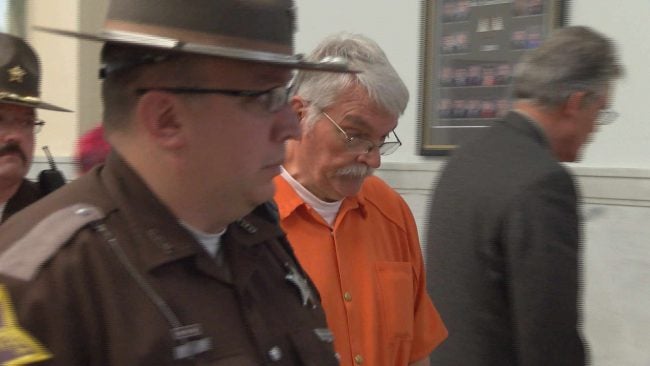 CARROLL COUNTY, Ind. (WISH) — The owner of the property where 14-year-old Libby German and 13-year-old Abby Williams went missing has been ordered to home detention.

The order comes after 77-year-old Ronald Logan prison sentence was modified to serve at his home with GPS monitoring.

He’d been sentenced in connection to a habitual traffic violator charge in April.

As part of the sentence, Logan is not to consume alcohol and is prohibited from entering bars. Logan also isn’t allowed to operate a vehicle.

Logan is said to have visited a dump site the same day that German and Williams went missing.

Logan has never been named an official suspect in the killings of German and Williams. However, his property was searched by the FBI, Indiana State Police and Carroll County Sheriff’s Office.