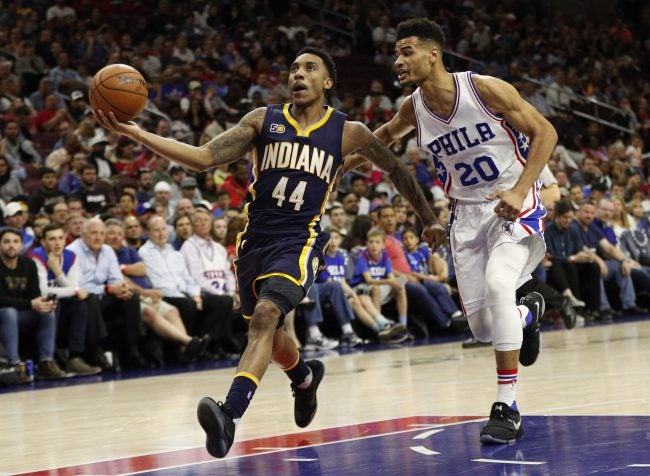 PHILADELPHIA (AP) – Paul George scored 17 of his 27 points in the opening quarter and the Indiana Pacers inched closer to clinching a berth in the NBA playoffs with a 120-111 victory over the Philadelphia 76ers on Monday night.

Thaddeus Young added 20 points, Myles Turner scored 18 and Kevin Seraphin had 17 to give the Pacers (41-40) their fourth straight victory and push them one win away from guaranteeing a playoff spot for the sixth time in the past seven years.

The 76ers (28-53) lost for the seventh straight time and finished with a home record of 17-24. They conclude their fifth straight season out of the playoffs Wednesday night at Madison Square Garden against the New York Knicks.

Timothe Luwawu-Cabarrot paced the Sixers with 24 points and Richaun Holmes had 17 points.