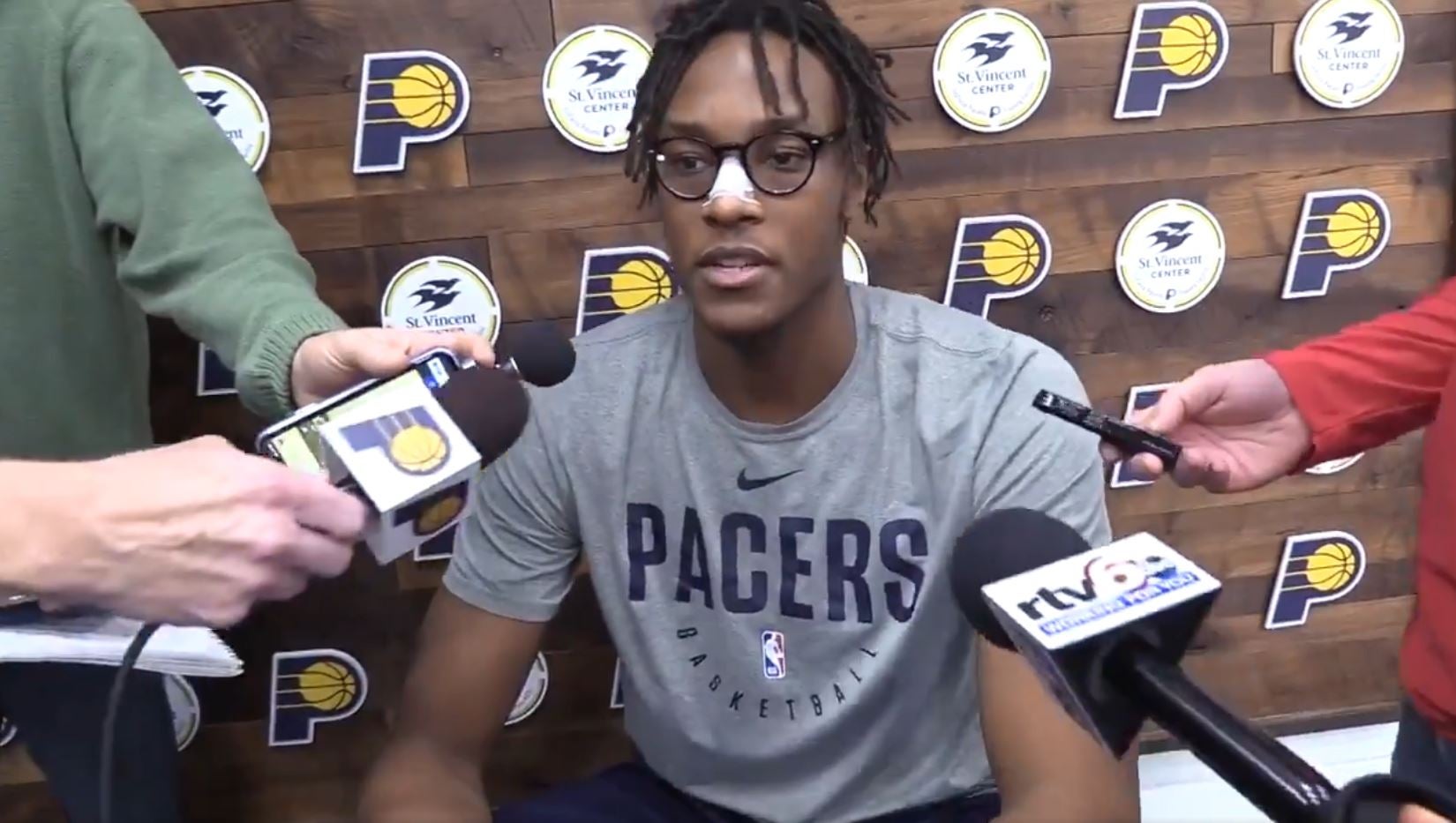 INDIANAPOLIS (WISH) – Indiana Pacers center-guard Myles Turner went through a 10-minute procedure to put his broken nose “back in place, good as new,” he said Thursday.

Turner scored 20 points, grabbed eight rebounds and blocked four shots in less than 24 minutes on Dec. 31, helping to lead the Indiana Pacers past Atlanta 116-108 before breaking his nose midway through the third quarter.

During practice Thursday, Turner wore what looked like a large bandage on his nose. He said his nose is still sore.

“I’m getting fitted for a face mask after practice and then I will probably have to wear that for a while until the bone heals,” Turner said.

Head Coach Nate McMillan said Turner did not practice on the court Thursday, but, after he gets the face mask, was expected to practice Friday.

The Pacers face the Chicago Bulls on Friday night at the United Center. The Pacers are 25-12 on the season.