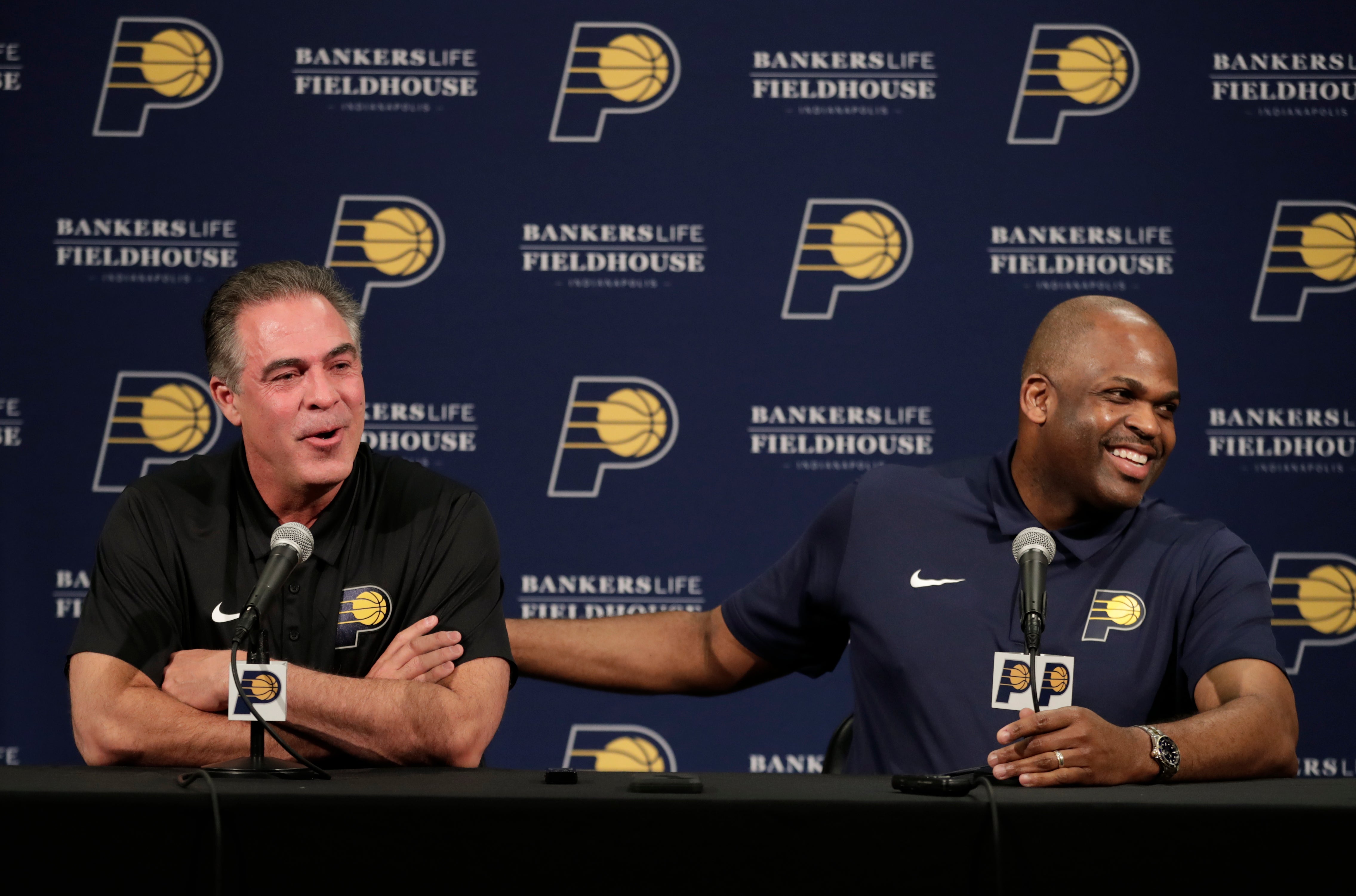 INDIANAPOLIS (WISH) – Kevin Pritchard had a question for Victor Oladipo before the all-star guard broke for the offseason.

“‘Are you a one-hit wonder?'” the Indiana Pacers President of Basketball Operations said. “‘Is this just a one-year deal?’ And his response was ‘No, I am more like Michael Jackson.’ And I’m like ‘Boy, we’ve got something special here.'”

One Oladipo chart topper is in the books. An out-of-the-blue season comprised of 48 wins and a seven-game throw down with the Cavaliers’ LeBron James. That calls for a toast.

“I have to thank the man to my left,” Nate McMillan, Pritchard said in a Tuesday news conference. “We have worked a long time together. We’ve had some disagreements, but there is no tougher job in this league than to be a head coach.”

Pritchard and McMillan were playing with house money come playoff time. An underdog team with an undeniable fire nearly sent James packing in the first round for the first time in his career.

“The only support that we saw or I felt early this season was from this community,” McMillan said. “You guys have been on board with what we have been doing all season long. Really, it was all we needed.”

Now the question that stands in the Pacers way: With a great young core, is it time to get aggressive this offseason?

“The most important thing for us is to take a look at what our needs are,” Pritchard said. “We will not bring in anyone that doesn’t fit with what this team is about. They play unselfish, and I won’t bring in anything that is outside of that realm.”

“We won’t go under the radar next season,” McMillan said. “But, it wasn’t that we were sneaking up on people this year either. We were beating people.”

Oladipo. Domantas Sabonis. Myles Turner. There is a blueprint for Indy.