Pacers push way into playoffs with 104-86 win over Hawks 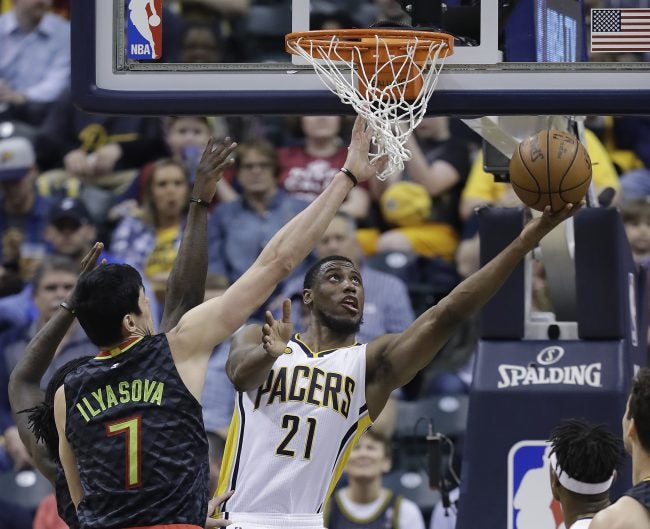 The Pacers completed the regular season on a five-game winning streak to earn the Eastern Conference’s No. 7 seed. They will face Cleveland in the opening round.

Ersan Ilyasova scored 15 points and Jose Calderon had 12 on a night the Hawks rested five of their top six players. Thabo Sefolosha played 23 minutes but didn’t score as Atlanta saw its four-game winning streak end. The Hawks will face Washington in the opening round.

Indiana took advantage of the backups by pulling out to a 22-15 lead after one quarter and starting the third quarter on a 9-2 run to turn a seven-point into a 59-45 cushion. The Hawks never seriously challenged again.

The Pacers enter the playoffs as the hottest team in the East.

Indiana was so far ahead at the end of the third quarter, 84-68, coach Nate McMillan could have given his best players some extra rest. Instead, he played it safe, stuck to the rotation and kept the pressure on Atlanta, which got as close as 95-84 with 5:15 to play.

But the Pacers finally closed it out with a 7-2 spurt – on a night they wound up needing to win.

Chicago and Miami both started the final day of the regular season one game behind Indiana, though both teams had tiebreakers over the Pacers. When the Bulls and Heat both won, Indiana had to win to make it in, too.