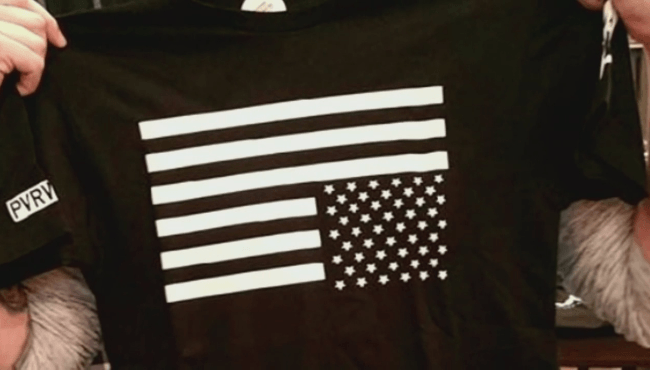 BUFFALO, N.Y. (WIVB) — Following intense pressure from its consumers on social media, a major clothing provider has pulled down one of its shirt options.

PacSun, a store which caters to youth and the skater culture, recently began selling a black shirt with the american flag printed upside down on it. After pictures surfaced on social media on Memorial Day, the retailer started taking flak.

“Upside down American flag? I, a proud veteran of the United States Air Force, will never spend another cent in your stores,” Jill Doire said to the store over Facebook.

Thousands of comments just like Doire’s forced the retailer to pull down the shirt. An upside down flag is commonly associated with disrespect to a country, but also can be associated with a nation in distress.

On Monday, PacSun released a statement to explain why they released the shirt and why they removed it from the store’s shelves.

“As a retailer grounded in youth culture, PacSun values artistic and creative expression through the brands that we sell in our stores,” the store said in a statement on Facebook. “Out of respect for those who have put their lives on the line for our county, we have decided to stop selling the licensed flag t-shirt and are removing it from our stores and website immediately. We thank the men and women in uniform for their extraordinary service.”

Following the removal of the shirt, some criticized the retailer for not supporting the freedom of expression. Others said the United States is a nation in distress. PacSun has kept quiet since its statement and has since removed the shirt from its website.