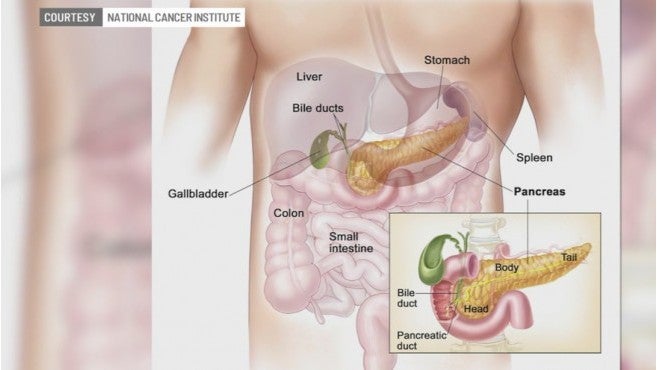 (CNN) — One of the deadliest types of cancer has only a 5 percent survival rate.

Pancreatic cancer, in the news after legendary singer Aretha Franklin died last week while battling the disease, is the third-deadliest cancer in the United States after lung and colorectal cancers.

The oblong pancreas organ is deep in the abdomen and plays a big role in the body’s digestive and endocrine systems.

Doctors are somewhat stumped by pancreatic cancer. One of the biggest concerns is that patients often do not exhibit any symptoms during the early, treatable stage of the tumor, which is what makes it so deadly.

About 95 percent of people who get pancreatic cancer will die from it. In 2018, the disease is expected to claim almost 45,000 lives.

The disease tends to strike people older than 45; the average age is 71. Men have a slightly higher likelihood of developing the disease.

Of the two types of tumors that develop in the pancreas, exocrine and endocrine, exocrine tumors tend to be more aggressive.

The cancer can be controlled by surgery if it is found before it has spread. Other options, such as transplants or approved medication, are making progress but can come with serious side effects.