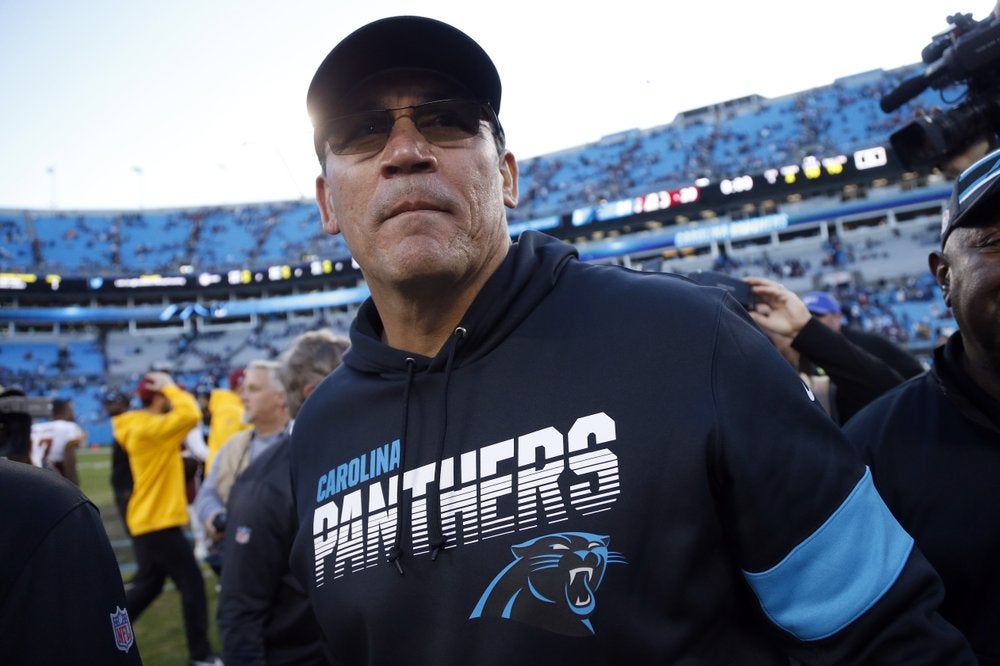 CHARLOTTE, N.C. (AP) — The Panthers are in the market for a new head coach, and owner David Tepper hinted he’s targeting someone with an offensive background.

Tepper fired longtime coach Ron Rivera — whose background is on defense — on Tuesday following a four-game losing streak that left the Panthers (5-7) nearly out of playoff contention for the third time in four seasons.

“In the modern NFL, I think there is a preference for offensive coordinators (and) I think there are reasons for that,” Tepper said Tuesday. “That does not mean that if you find somebody fantastic on the defensive side, I won’t consider it. If he has old-school discipline and modern and innovative processes.”

Tepper said the NFL has implemented rules that favor the offense, which benefits having an offensive coach.

“That’s why you’re having more people go that way,” Tepper said. “I think you have a lot of people on that side accepting the more modern processes.”

It does not appear Tepper will be looking to hire a college head coach.

He made it clear that he has some reservations about that, saying he understands how difficult that transition can be.

“That doesn’t mean I’m closing it off, but you’ve got to understand, anybody who’s been around football understands the difficulty of that transition from the college game to here and different demands here,” Tepper said.

Tepper said he’ll form an in-house committee to lead the coaching search, which will commence immediately.

One of the qualities he’s looking for in his next coach is “somebody who will try new things and if they don’t work, fix it and make it better. That’s it.

“You want to be successful? I don’t care what you do, admit when you do things wrong,” Tepper continued. “Fix what you do and keep doing the things you do right. It’s not that hard. What’s hard is for people to admit that they’ve made a mistake.”

Regardless of who he hires, Tepper must adhere to the Rooney Rule which requires NFL owners to interview minority candidates.

Tepper said that’s not an issue. He has already promoted secondary coach Perry Fewell, who is an African-American, as the team’s interim coach for the final four games. He chose Fewell over Norv Turner, who has been an NFL head coach in the past with an offensive background.

Tepper called Fewell the best man for the job right now calling him a “general” who commands attention, and he indicated this is essentially an audition for him for next season.