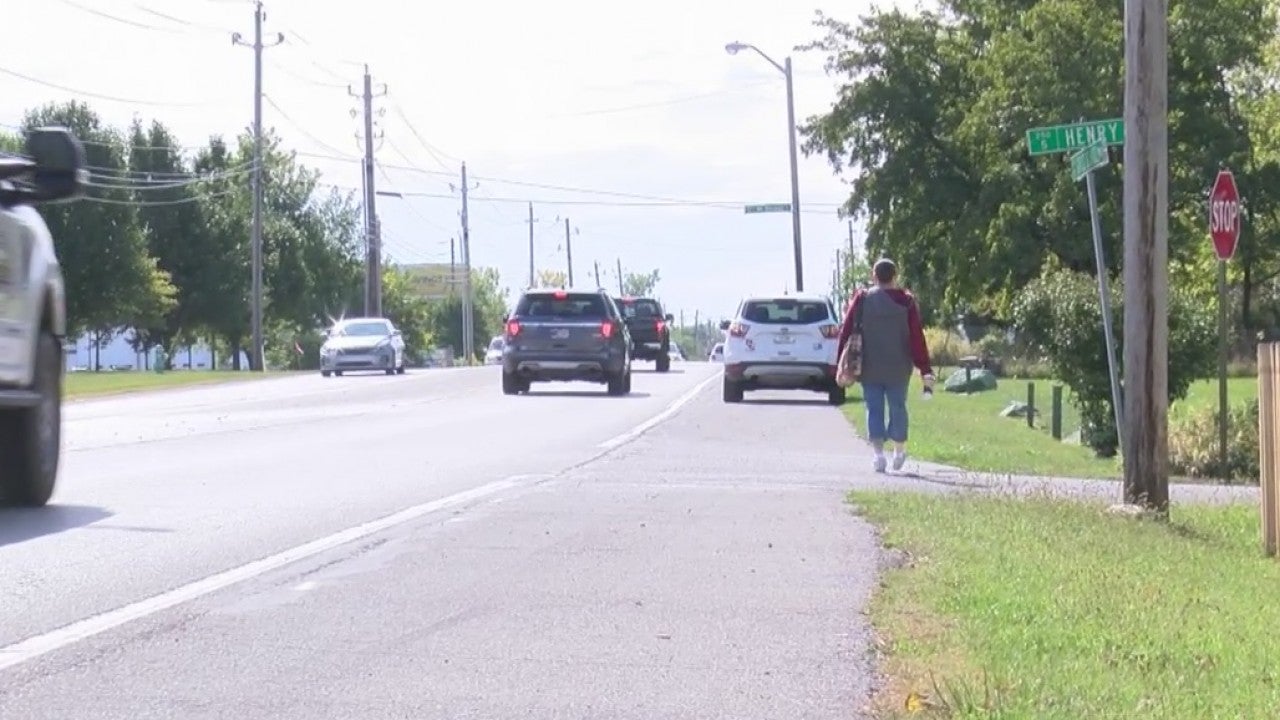 It’s why parent Jennifer Whitt, who lives off the main road, is calling for change.

“We have not proactively given students, seniors and families a place to walk or just those with dogs that want to walk their pets around their neighborhood,” said Whitt. “There are some sidewalks within the neighborhoods themselves, but on our main thoroughfares, there are not sidewalks.”

Whitt said she often sees students walking to and from school on the street during high-traffic times. It’s also been a concern for families who want to better enjoy the neighborhood.

“If we had sidewalks, we could more easily get to parks. We have two beautiful parks within a mile of us, and it’s really dangerous to try to stroller or bike or walk to these parks with our two small children,” Whitt added.

One cyclist told News 8 she tries to respect other people’s yards by not walking through it to avoid the street, but it can be challenging.

The Indianapolis Department of Public Works said Girls School Road from 10th through 21st streets and other parts of the west side are in need of sidewalk infrastructure, but they don’t have the funding.

Whitt and many others hope the city get implement sidewalks in the area sooner rather than later.

“I think we have great representatives both on the city council and at the Statehouse who understand the need, but we as a community haven’t done much to support additional sidewalks and how we can support them and really figuring out what that traction looks like,” said Whitt.

The Department of Public Works said they’re doing a study in the area by assessing needs and potential improvements that includes sidewalks. They’re also looking at costs and feasibility of future improvements, but results from the study won’t be available until mid 2020 to begin planning for construction.