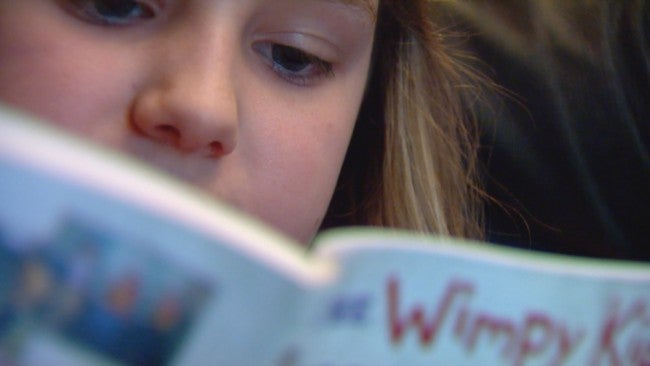 “I wanted to be like the other kids,” said Jordyn Struble, a fifth grade student with dyslexia. “I just didn’t know why I wasn’t learning like them.”

Struble’s father said Jordyn was eventually diagnosed with dyslexia and is now reading at the appropriate grade level. But he said it took two years to figure out what was wrong.

Struble and others are pushing for a state law that they say would help train educators to better recognize the signs.

“That is a big factor in heading off children with dyslexia; their problems, difficulties, and challenges is to nip it in the bud and get on it early.” he said.

“It’s not uncommon to hear of cases where you’ve got an eighth grader reading at a third grade level,” said Cheryl Clemens, founding member of Decoding Dyslexia Indiana.

“This bill would provide a definition for dyslexia in Indiana’s (education) code,” she said. “It will also provide teachers at least training to recognize the warning signs.”

House Bill 1108 passed in the House of Representatives and is now scheduled to be heard in the Senate where State Senator Rod Bray is the sponsor.

“In order to ensure struggling students in Indiana receive the assistance they deserve, I have proposed legislation that would help teachers not only identify students with dyslexia, but also equip schools with the tools and strategies they need to help these students succeed and stay on track with their peers,” said Bray in a statement.

“If implemented, my legislation will legally define dyslexia in Indiana as well as increase special needs training in the college curriculum for education degrees,” said Bray. “This would help thousands of children across Indiana learn ways to thrive with dyslexia, greatly increasing the overall effectiveness of education in our state. Indiana’s children deserve every opportunity to succeed.”

Daniel Altman, spokesperson for the Indiana Department of Education (DOE), said that DOE supports the concept of the bill but added some definitions could be improved.

Other states have passed similar legislation including Illinois and New Jersey.