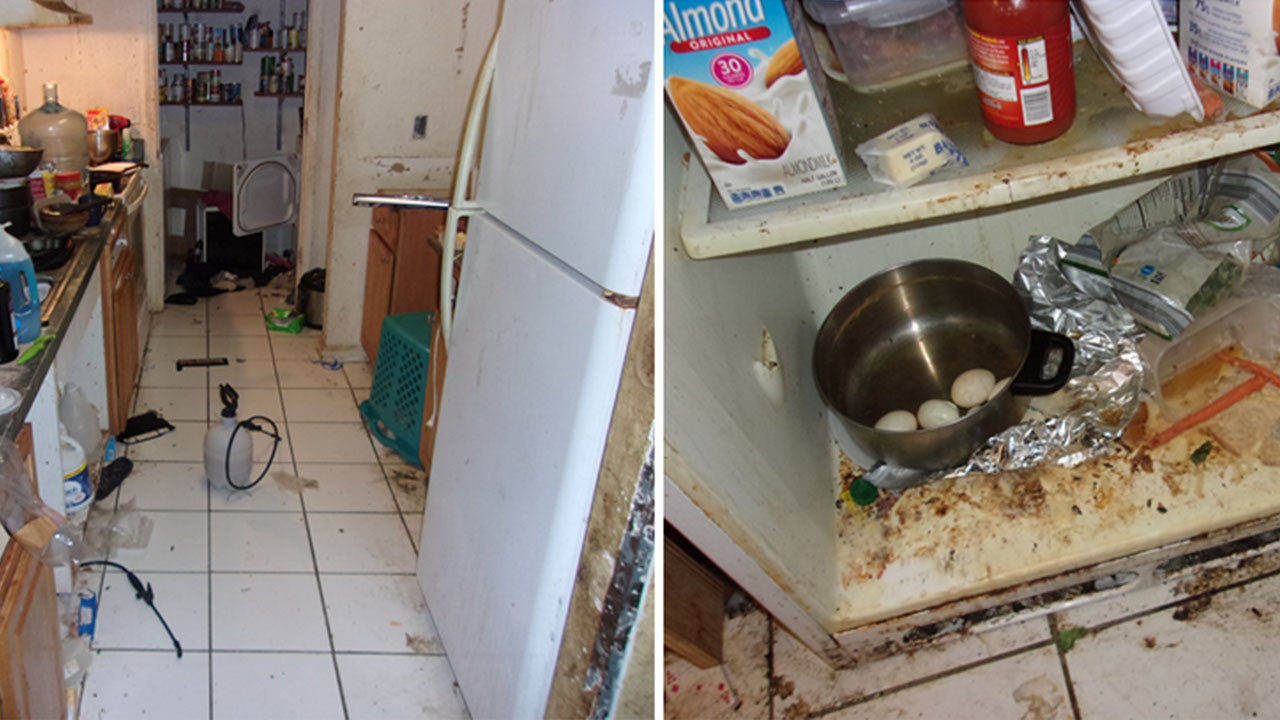 BUNNELL, Fla. (WISH) — Five children are safe and two parents are behind bars after a 14-year-old girl called an abuse hotline on Halloween saying she was contemplating suicide.

The girl told the Flagler County Sheriff’s Office that she was living in terrible conditions and that she had sustained physical and emotional abuse at the hands of her mother.

She also told authorities she was being homeschooled but not being taught any lessons.

According to the sheriff’s office, the girl said she was put in charge of taking care of her four younger siblings, three dogs, a rabbit and two chickens while her parents “worked until the late hours of the night.”

The girl’s call prompted officers to visit her home on Water Oak Road in Bunnell, Florida. According to the department, the home was in “complete disarray.”

The yard of the home was littered in beer cans and trash, while the front porch was covered in fecal matter from the chickens that roamed the property.

Once inside, officers found an “abundance of animal feces, animal urine, rotting food, roaches and other flying insects.”

There was no edible food in the refrigerator and the home did not have any running water. The girl told officers her parents took her and her siblings to a campground about twice a week to bathe.

“This is a traumatic situation for all of the children involved,” Flagler County Sheriff Rick Staly said. “Halloween is a day where kids should be out having fun, not contemplating ending their life. I want to commend the girl for calling the Abuse Hotline and being brave enough to ask for help. These children were living in deplorable conditions. I am thankful that these kids are now safe from these two individuals who obviously do not know how to properly care for children.”

The Department of Children and Families took custody of the children.

Betty Nicolicchia-Allen, 42, and Dennis Allen, 33, were arrested and charged with five counts of child neglect. They each remain in jail on a $5,000 bond.