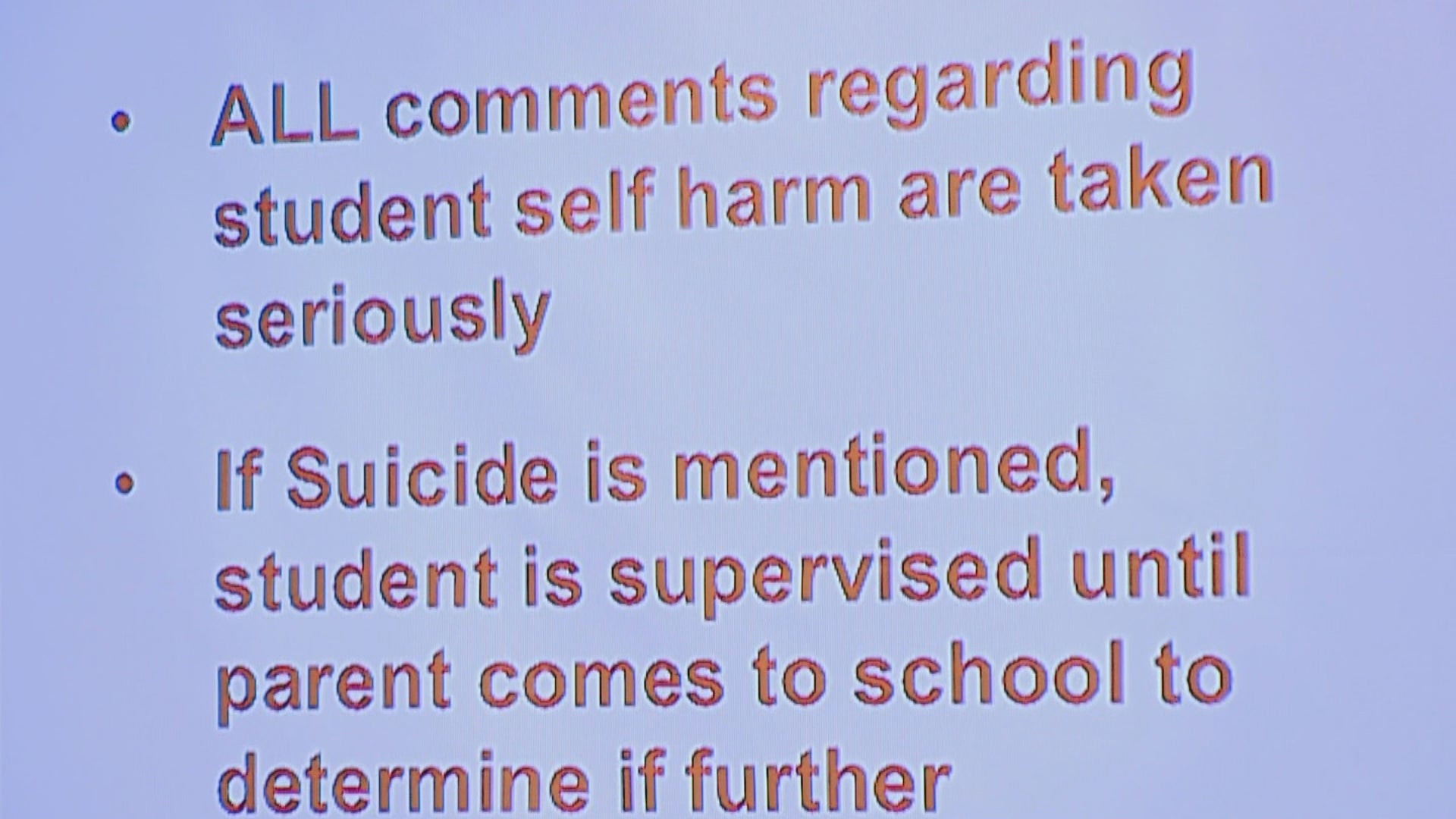 Officials hosted a public forum for parents weeks after a 12-year-old student died by suicide.

The district said it has reported five cases of bullying to the state Department of Edudcation since Aug. 1. Another 10 cases were logged into the district’s system, and parents involved were informed.

Angie Stagge is an anti-bullying advocate and has worked with lawmakers on passing anti-bullying legislation. She said the district needs to be clear about what is considered “repeat bullying.”

“You’re ganging up on someone, whether its social media, in school, in the bathroom, whatever,” Stagge said. “‘Cause these kids get behind a keyboard and just type away and don’t think about what they say.”

District leaders encouraged parents to report any problems they see to both the school and law enforcement.