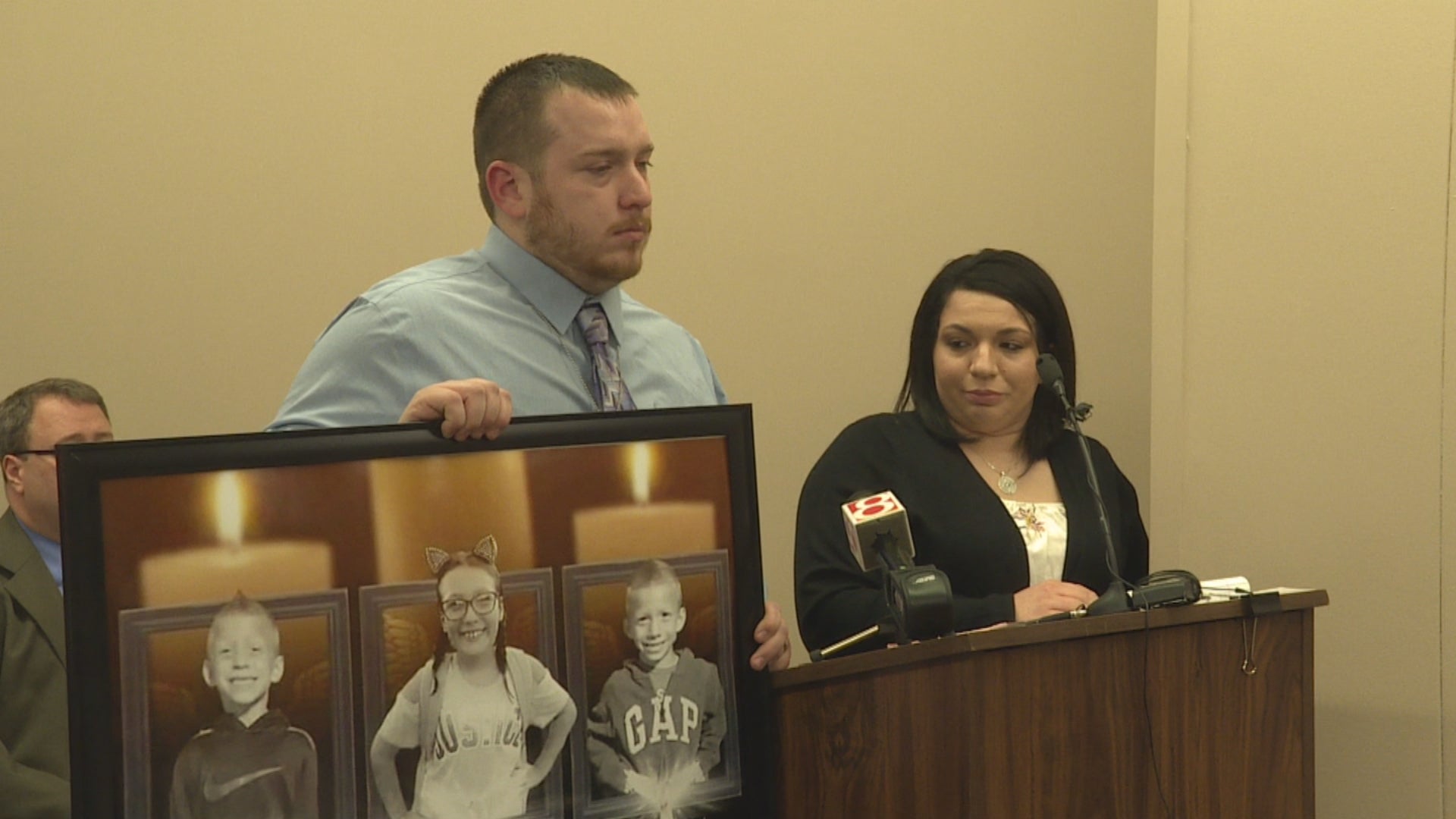 INDIANAPOLIS (WISH) – Parents of three children killed as they tried to get on the school bus last year made an emotional plea to lawmakers Wednesday.

The state Senate already passed the bill. It is now in the House.

9-year-old Alivia Stahl, her twin 6-year-old brothers Xzavier and Mason Ingle, and a fourth child were crossing State Road 25 near Rochester to catch the morning school bus. A pickup truck slammed into the kids. Brittany and Shane Ingle’s three children died soon after.

“You never think that’s going to be the way you lose your children, honestly,” Brittany Ingle said.

Which is why the family stood before lawmakers, to champion a school bus safety bill.

“I’m telling you, nothing is more unbearable than a mom getting up in the day, and getting your kids ready for school,” Ingle explained. “Then, your whole life is gone in a blink of an eye. So, your vote will help make a difference.”

That tragic crash is why State Senator, Randy Head filed the bill.

“The meat of Senate Bill 2 says basically that no school district can have a student cross a state or federal highway, even one lane of traffic to get on or off a school bus,” Head, a Republican from Logansport, explained Wednesday. “Unless it’s within the city or town limits where speed limits are going to be much lower. Or unless there’s no other alternative.”

The bill would slap tougher penalties on drivers for passing a stopped school bus with lights flashing and arms out.

“We rise in opposition only to two sections of this bill. Primarily the raising a class B misdemeanor to a class A misdemeanor, and the level 6.” Michael Moore of the Public Defender Council explained Wednesday.

Despite that, the proposal garnered strong support from people who testified.

“My hope is for it to pass,” Shane Ingle said. “And save other kids lives, other families.”

The committee wound up not voting Wednesday. They’re going to come back next week and talk about a few possible amendments or changes that have to do with daytime running lights on buses, strobe lights on the tops of buses, and reflective tape on the sides.