Parents of Josh Speidel speak about his recovery 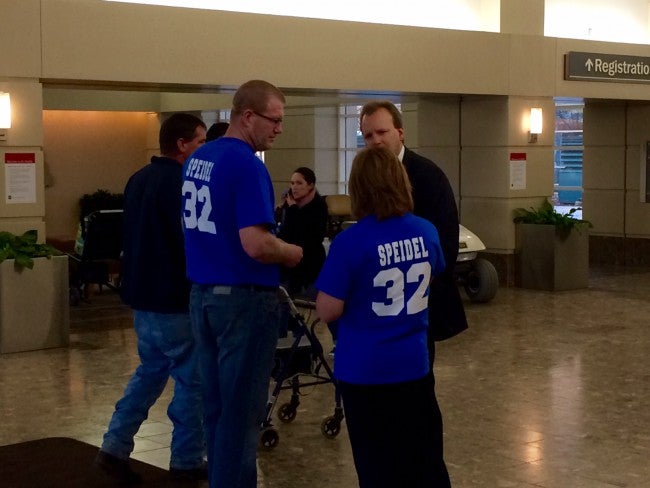 INDIANAPOLIS (WISH) – An outpouring of support for a college-bound basketball player, now recovering from a horrific car crash.

His parents say he was coming home from the gym and getting a bite to eat.

While he’s still in a coma, he has movements in his legs and arms, but his parents say they can’t stop reliving that night.

“That call that no parent wants to receive,” said Lisa Speidel, Josh’s mother.

The call that your child has been in a car wreck, is unresponsive, and headed to the hospital.

“We just pray and God will take care of it,” said Josh’s father, David Speidel.

The Speidels were home watching the Super Bowl when they got the call informing them that their 6-foot-7 power-forward son was involved in the crash.

They say the support, shown on Twitter using #JoshStrong, as well as the GoFundMe site that’s raised thousands of dollars already, is helping Josh too.

The support is coming from people who he may not have even met yet, like University of Vermont men’s basketball team, who posted a video to YouTube.

Josh committed to Vermont, and he was scheduled to go there in this fall to start classes.

Doctors haven’t given a time frame for his recovery. He’s currently in a coma, but has no injuries below the neck.

While it’ll be a slow road to recovery, Josh’s parents say they know he will take his intensity from the court, and apply it to his recovery.

Everything he does is with a passion,” said Mrs. Speidel

They say he even brought that passion to Marseille, France in 2013, teaching 30 French children the fundamentals of basketball.

“We’ve always known that’s a special kid and God was going to do great things with him,” said Mrs. Speidel.

“God’s showing us just how big he is,” said Mr. Speidel.