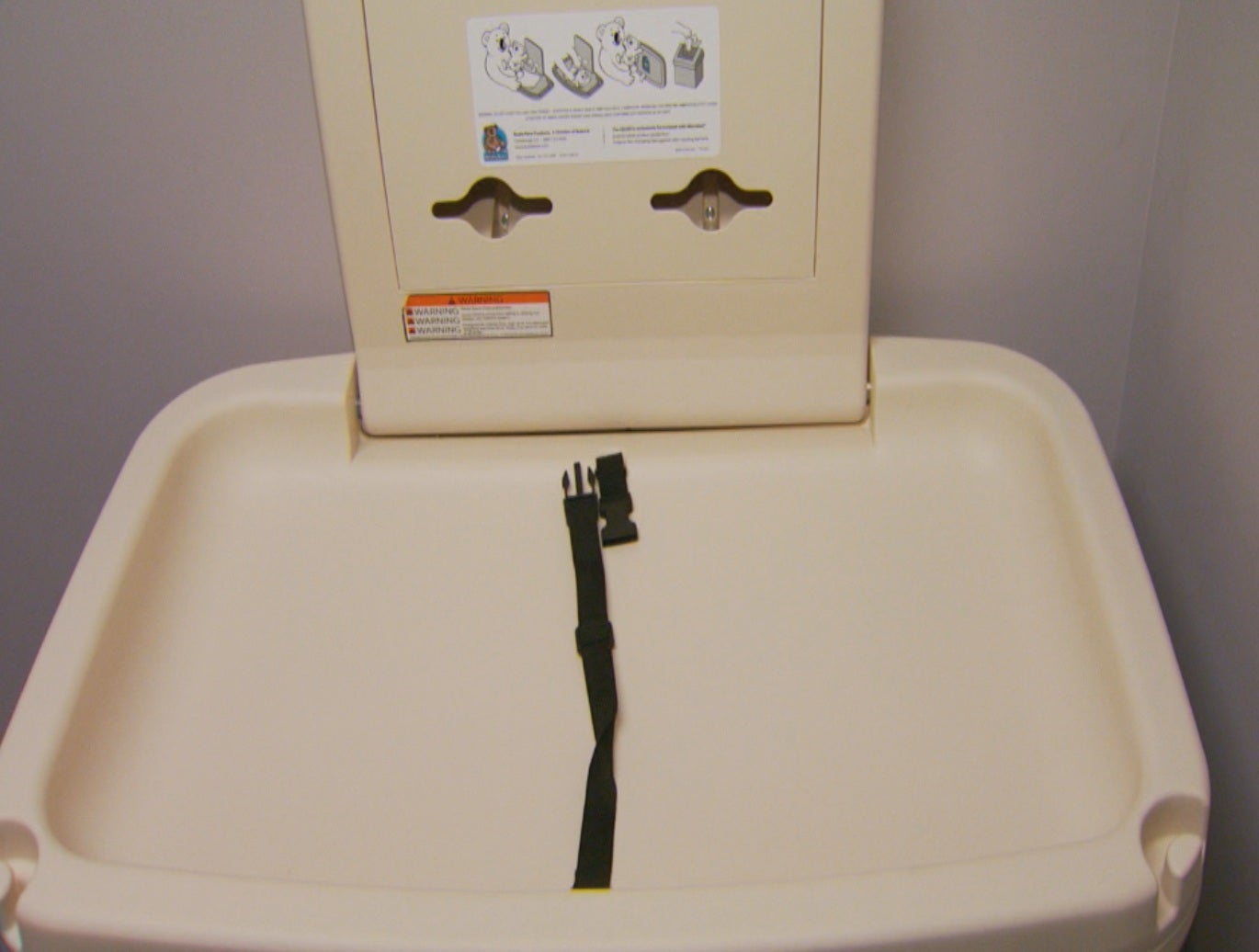 INDIANAPOLIS (WISH) — There’s a growing push from parents for all public restrooms to have changing tables. The movement gained momentum earlier this year when actor Ashton Kutcher publicly added his support.

A changing table provides a clean separate space, aside from bathroom stalls and counters, to change a baby’s diaper. They can often be found in women’s restrooms, but not always. Men’s restrooms are even more unlikely to have the option. With more single dads, stay-at-home dads and same sex couples caring for kids many people believe the tables should not just be an option, but a requirement.

Getting out the door can be a challenge for Myers and his family. With twin toddlers and a newborn, diaper changes are a big part of life.

“We’d like to split it up and one do one and the other do the girls, but most of the time we can’t because they don’t have a changing table in the men’s bathroom,” Kayla Linville, Myers’ girlfriend, said.

Avon Township Park is just one public restroom without the crucial counter.

“You can’t set them on the floor. It’s not sanitary,” Myers said.

It’s an issue Jacob Smithers noticed years ago and is trying to turn around the lack-of-table trend.

“I feel terrible for those two men who have kids. What are they going to do? They don’t have an option,” Smithers said.

Smithers works on a web site called ChangingTableLocator.com, they are also working to develop an app.

“You know for us the big bottom line is, if you’re going to offer a high chair, what kid is in a high chair that’s not in diapers?” Smithers said.

Changing tables are not required by any federal law. They’re considered a courtesy when provided by public places, but Smithers says times are changing and business owners need to keep up.

“It’s almost makes restaurants look dated to the years where you have the public image of only a mother can do this,” Smithers said.

Some state and local governments have tried to pass legislation for changing tables, but Smithers believes parents should let their money do the talking.

“We really started picking restaurants so we could utilize that feature and we have our favorites and ones we know we won’t go to because of that,” Smithers said.

We checked online and changing tables can be purchased for as low as about $125. An investment Linville says could make a big difference to Myers and their family.

“He can’t go out by himself most of the time with all the girls,” she said.

You can use a form to add locations to the ChangingTableLocator.com database. There are currently more than 6,000 locations with many in Indiana.