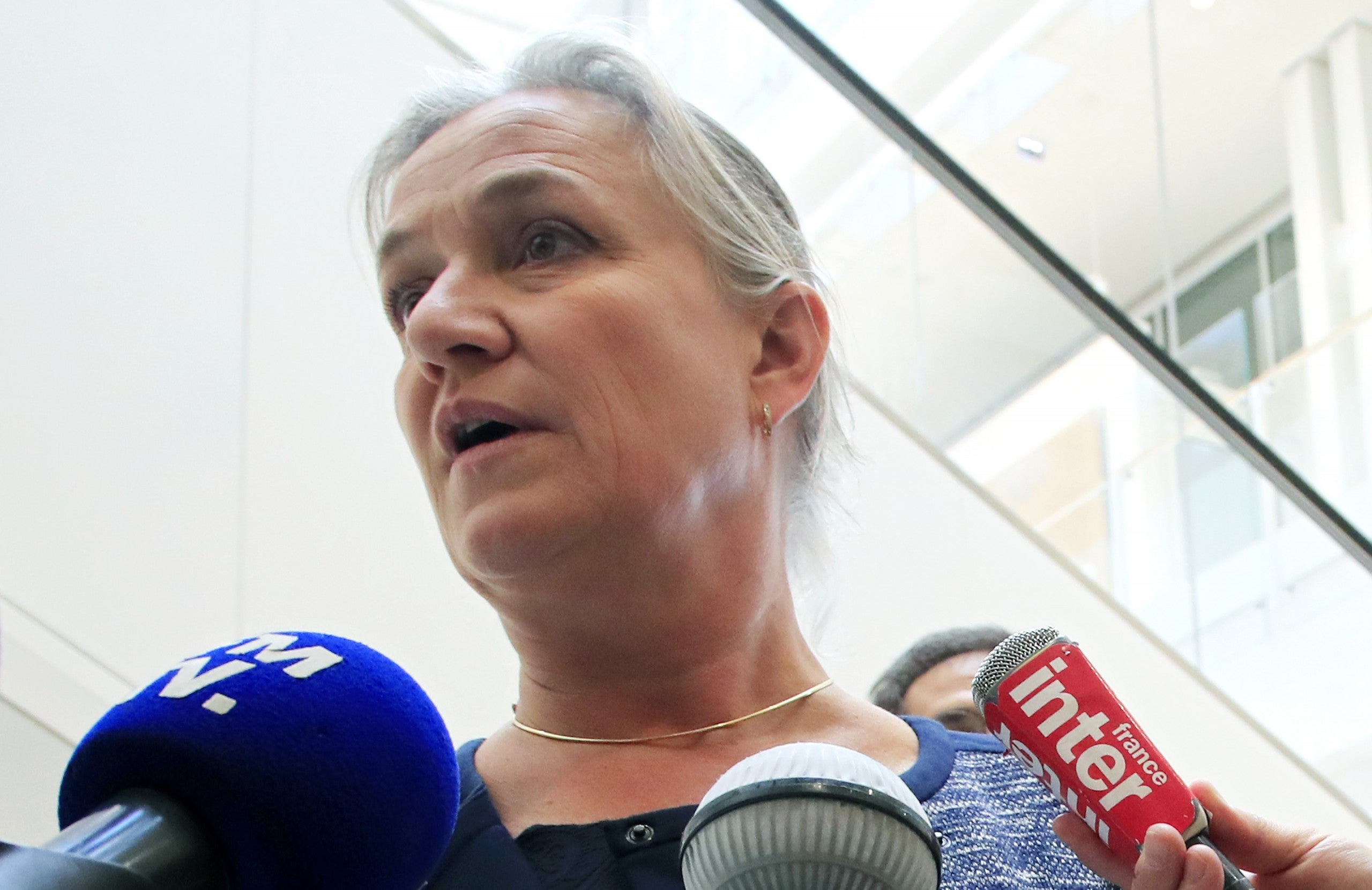 FILE - In this Monday, Sept. 23, 2019 file photo, Doctor Irene Frachon, who discovered that the drug Mediator could have fatal side effect, speaks to reporters as she arrived at a Paris courthouse. A Paris court will deliver its verdict Monday, March 29, 2021 in a case that grew into one of France’s biggest modern health scandals, ruling whether a French pharmaceutical company is guilty of manslaughter and other charges for selling a diabetes drug blamed for hundreds of deaths. Accused of favoring profits over patients’ lives, Servier Laboratories is facing millions of euros in potential fines and damages after a huge trial involving 6,500 plaintiffs. (AP Photo/Michel Euler, File)
by: Associated Press
Posted: Mar 29, 2021 / 06:15 AM EST / Updated: Mar 29, 2021 / 06:15 AM EST

PARIS (AP) — A Paris court handed millions of euros (dollars) in fines to a French pharmaceutical company on Monday for its role in one of the nation’s biggest modern health scandals, finding it guilty of manslaughter and other charges for selling a diabetes drug blamed for hundreds of deaths.

The ruling capped a judicial marathon targeting Servier Laboratories and involving more than 6,500 plaintiffs. The Paris tribunal was expected to take several hours to read out its verdict in full, because it was so long. The huge trial was spread over 10 months in 2019 and 2020, and nearly 400 lawyers worked on the case.

It centered on the diabetes drug Mediator. Servier was accused of putting profits ahead of patients’ welfare by allowing the drug to be widely and irresponsibly prescribed as a diet pill — with deadly consequences. Servier argued that it didn’t know about the drug’s dangers.

The court found Servier guilty of manslaughter, involuntary wounding and aggravated deception. The firm was acquitted of fraud.

Judges handed Servier a fine of 2.7 million euros (nearly $3.2 million). They were also expected to rule on plaintiffs’ demands for a total of 1 billion euros in damages.

In the 33 years that Mediator was on the market, it was suspected in up to 2,000 deaths among millions who took it as an appetite suppressant, according to a 2010 study. Doctors also linked it to heart and lung problems.

One doctor flagged concerns as far back as 1998, and testified that he was bullied into retracting them. Facing questions about the drug’s side effects from medical authorities in Switzerland, Spain and Italy, Servier withdrew it from those markets between 1997 and 2004.

Lawyers for Servier argued that the company wasn’t aware of the risks associated with Mediator before 2009, and said the company never claimed it was a diet pill. They had argued for acquittal.

It took an independent investigation by another worried French doctor before the company suspended sales in its main market in France in 2009. It wasn’t sold in the U.S.

The company’s CEO and founder, Jacques Servier, was indicted early in the legal process but died in 2014.