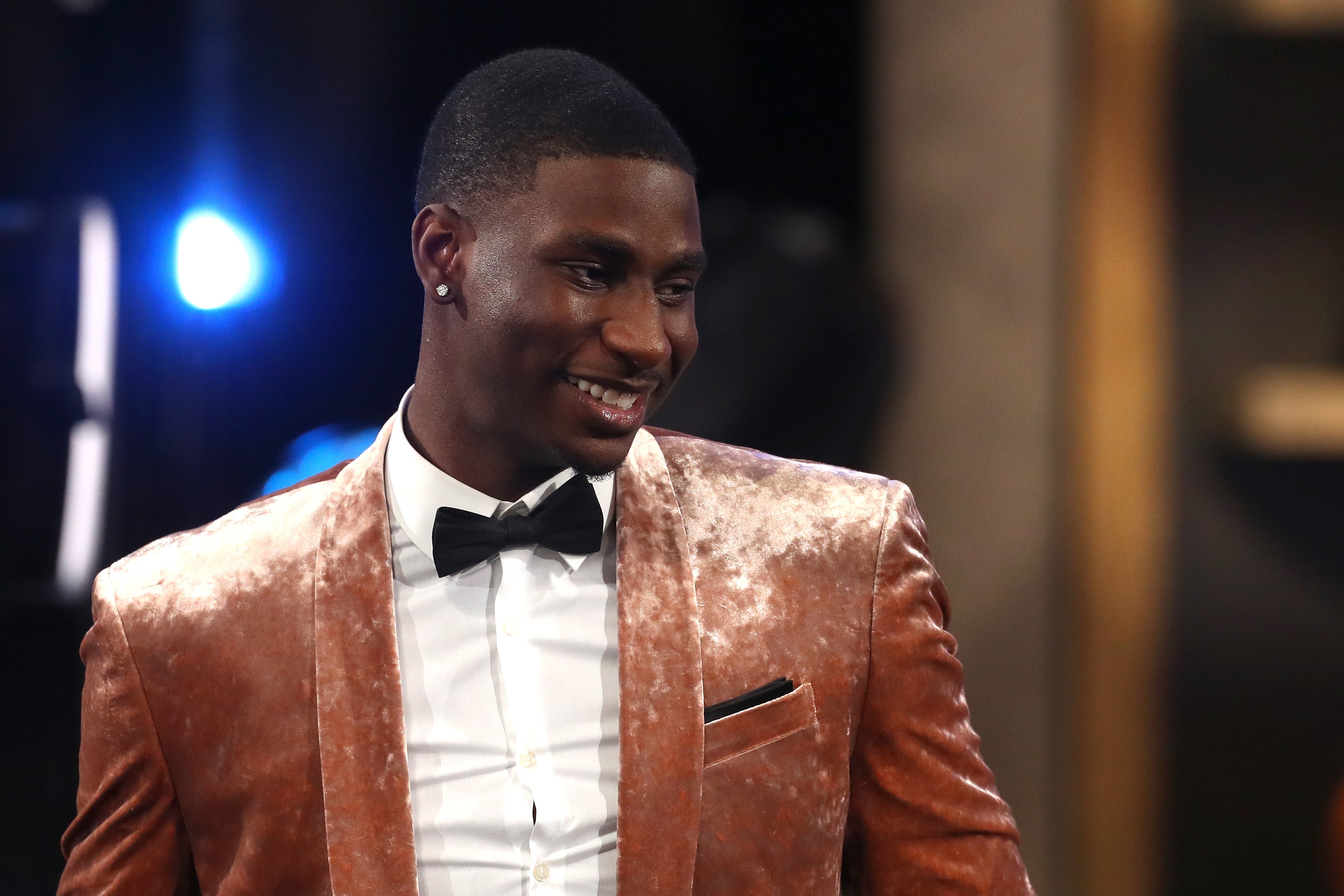 MEMPHIS, Tenn. (AP) — Jaren Jackson Jr. is so excited about heading to the Memphis Grizzlies as the fourth overall pick in the NBA draft that he doesn’t care where he plays.

Well, the Grizzlies have a veteran at center in Marc Gasol. But they do need plenty of help coming off their worst season in nearly a decade. The power forward from Michigan State became Memphis’ pick after pre-draft reports that the Grizzlies might trade out of the franchise’s first lottery pick since 2010.

But the Grizzlies stayed put Thursday night and selected Jackson.

There also were reports the 6-foot-11 Jackson wasn’t initially excited about the projections putting him in Memphis. Jackson said he got a call from Memphis coach J.B. Bickerstaff on Wednesday, a conversation that put him at ease. Jackson also said scheduling conflicts was the bigger issue with him not visiting Memphis before the draft.

“I’m excited to get going,” Jackson said. “The team they’ve got in place right now is spectacular.”

In his lone year at Michigan State, the forward averaged 10.9 points, 5.8 rebounds, and 3 blocks per game. Jackson has good defensive skills with quickness that allows him to keep pace with smaller players.

The fourth pick was the highest for the Memphis franchise since picking Hasheem Thabeet with the second overall pick in 2009. The previous time the Grizzlies had the fourth overall pick was in 2007 when they chose point guard Mike Conley from Ohio State.

Standing alongside the new Grizzly at the draft were his father, Jaen Jackson Sr., a former NBA player and coach, and his mother, Terri, who was wearing a championship ring from Jackson’s time with the San Antonio Spurs.

The Grizzlies then added West Virginia point guard Jevons Carter at No. 32 overall with the second pick in the second round.

Jackson joins a franchise coming off an ugly season that featured a coach firing with Bickerstaff given the job May 1 for good after replacing David Fizdale in late November. With a rash of injuries, the Grizzlies went only a 22-60 for the second-worst record in the NBA behind Phoenix and snapped Memphis’ streak of seven straight postseason appearances.

The poor record didn’t help Memphis in the lottery drawing with the Grizzlies landing in the fourth spot. Still, it was the first time the Grizzlies had a lottery pick since selecting Xavier Henry out of Kansas with the 12th overall pick. The choice of Henry was part of run of unproductive choices for Memphis over the years.

Owner Robert Pera predicted last week that with the right pick — someone to complement Conley and Gasol — Memphis could consider a 50-win season.

Conley welcomed Jackson to Memphis on Twitter soon after the selection.

The personable Jackson joked with the local media about being a rib-lover and showed off his knowledge of Memphis hip-hop artists like You Gotten and Young Adolph. He also expects to come in ready to contribute.

“I know that I’m young, and there’s always growing to go,” Jackson said. “Any player has to go through a lot of learning curves. I think with the vets they’ve got there, it will help me speed up the process.”