Part of human leg washes up on beach 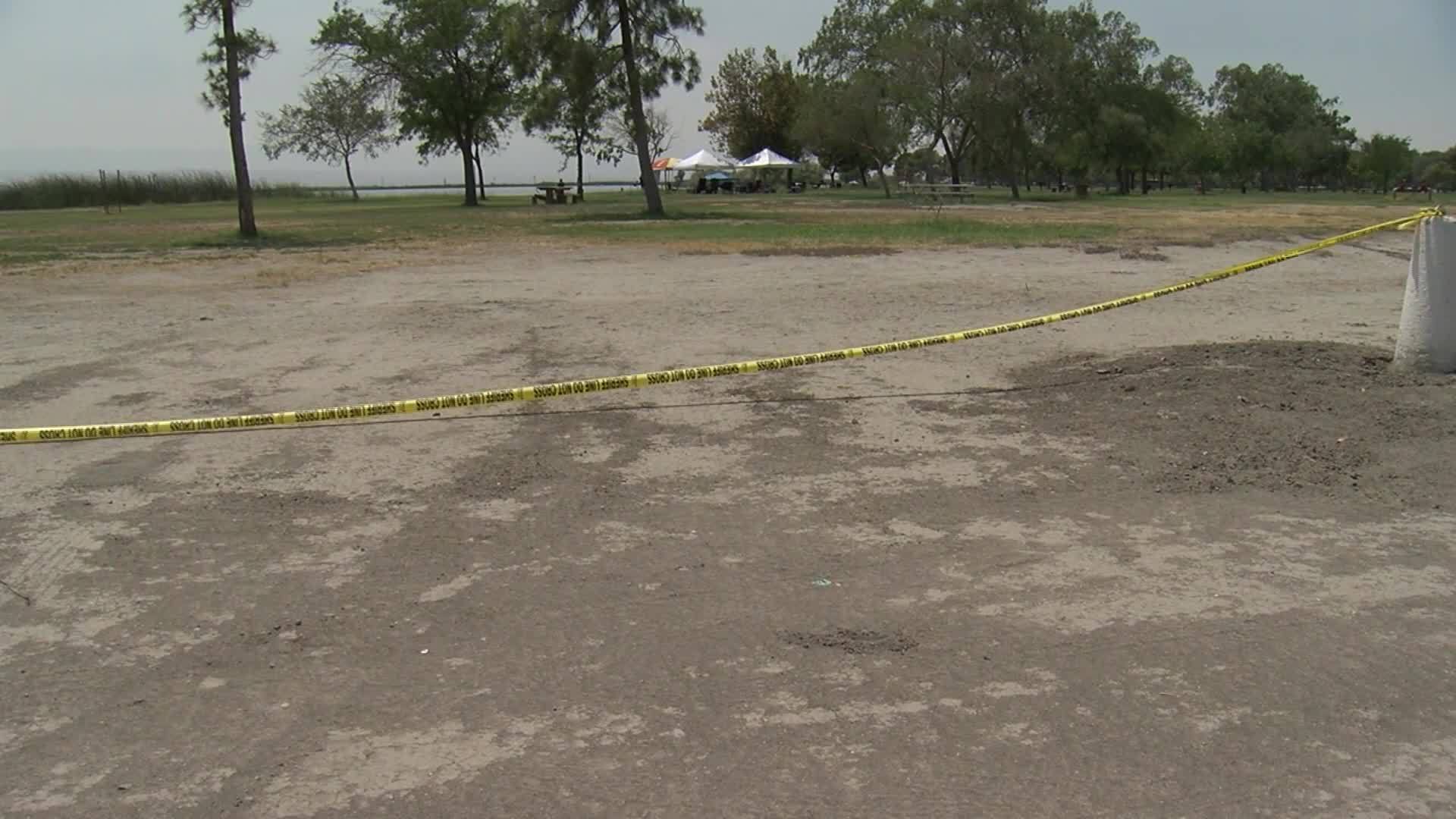 BAKERSFIELD, Calif. – A piece of a human leg washed up on shore at Buena Vista Lake on Saturday, according to the Kern County Sheriff’s Office.

The body part was found around around 9 a.m. near Parkway Campsite no. 5 at Buena Vista Lake.

“It was creepy,” Jeannette Wallington, who was camping near where the leg was found, said. “We were scared, we were like hopefully nothing rubs up against our legs in the water.”

The sheriff’s office shut down the lake for several hours.

“We had talked to the family that was staying next door to us,” Wallington said. “They’re from LA, and I went over and asked them what was going on, and they said their 5-year-old daughter had found a body part on the beach. That little girl was freaked out. I said are you okay? She said no I’m scared I just want to go home so they packed up and left. She was pretty traumatized.”

Homicide detectives and the coroner’s office arrived to collect the leg.

“It was from like right below the knee down. You could see the foot,” Wallington said. “It was still attached. It was smaller, we thought maybe a child, but they said it had been in the water for a while so decomp and stuff. It was black.”

Patrol boats searched the shores for more body parts, according to Wallington.

Lucy Growdon-Stark and her family were visiting the lake this weekend from Ventura and said they are still in shock.

“Throughout the day we would just be like they found a limb, they found something and it just kind of freaked us out the whole day,” Growdon-Stark said.

The lake was back open Saturday afternoon.

“When I was wakeboarding and tubing and things like that you just like, you see a piece of driftwood and you’re like, what is it? Like you would just freak out and you expect to just look down and see something,” Growdon-Stark said.

Details on the victim’s gender, age and identity have not been released.