Part of street with collapsed manhole could reopen Monday 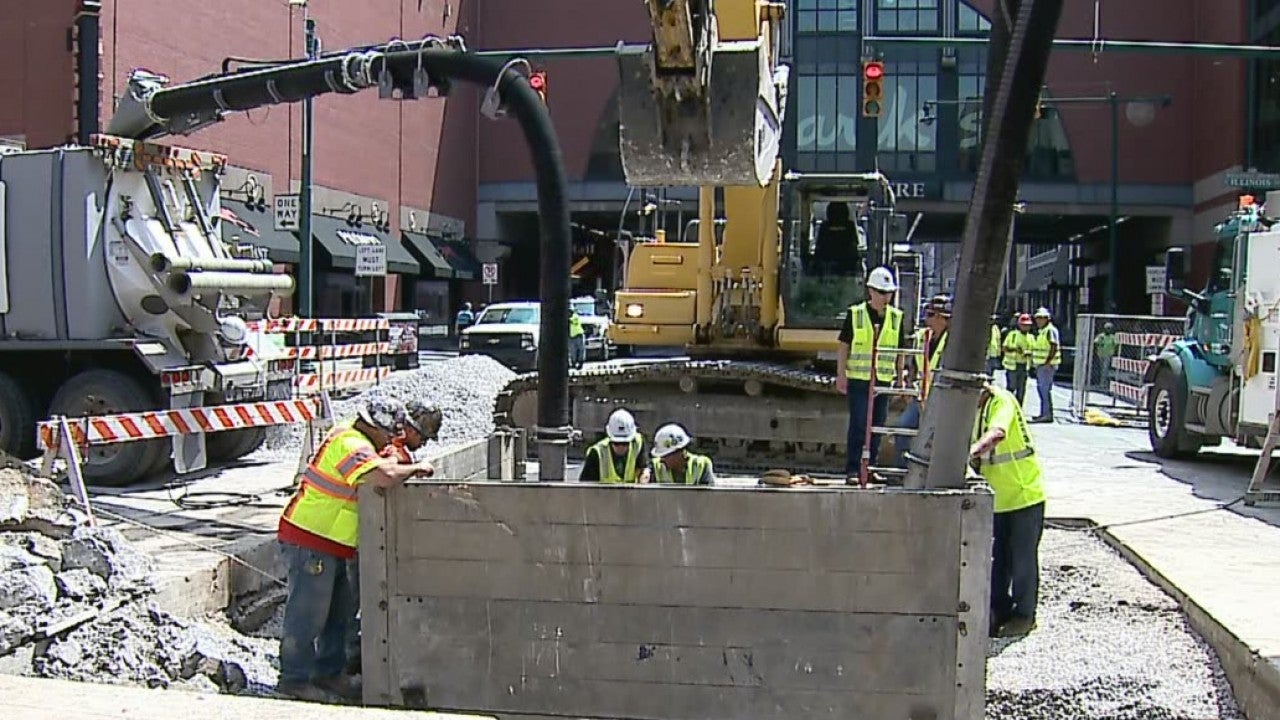 INDIANAPOLIS (WISH) – A traffic nightmare and a major safety concern exist after a manhole collapsed downtown.

Citizens Energy Group could not say how long construction would be at the corner of Illinois and Wset Maryland streets, but they did say a portion of the intersection would open Monday. The problem was first found Thursday.

“That manhole structure below the street had collapsed. There was about a 12-foot-by-12-foot void under the street,” said Citizens spokesperson Dan Considine.

The only thing holding up the road, according to Considine, were pieces of an old railroad track.

“It’s very ‘risky,’ I don’t know if that’s the right term, but, yes, I think they have to do something,” Indianapolis resident Harpreet Sandhu said.

What is Citizens doing at Illinois and Maryland? According to Considine, crews are excavating the site and removing material to get in the sewer, where they’ll make repairs.

As for the rest of the city, Considine said, the focus is on the downtown area where most of the systems were built as far back as the late 1800s.

“Replacing about 16 miles per year of sewers throughout the city and we’re inspecting more than 300 miles of sewers to try and get ahead of this problem,” Considine said.

Considine said after the collapse at Illinois and Maryland and the sinkhole at Ohio and Pennsylvania earlier this month, Citizens will ramp up the number of inspections. He could not quantify how many.

According to Considine, Citizens is spending about $20 million a year to reline and replace its sewers.

But, for now, drivers are more focused on rerouting. The collapse comes during one of Indy’s most well-attended conferences: Indiana Black Expo’s Summer Celebration.

“Seems like they have a lot of traffic in this area to have this happen. It’s kind of throwing people off track, ” said Josh Gibbs, who is visiting from out of state.

In addition to what Citizens Energy is doing, Indianapolis is also allocating more funds to its infrastructure budget. According to the mayor’s office, the city will spend nearly $120 million in 2018 to upgrade roads, bridges, stormwater systems and greenways.