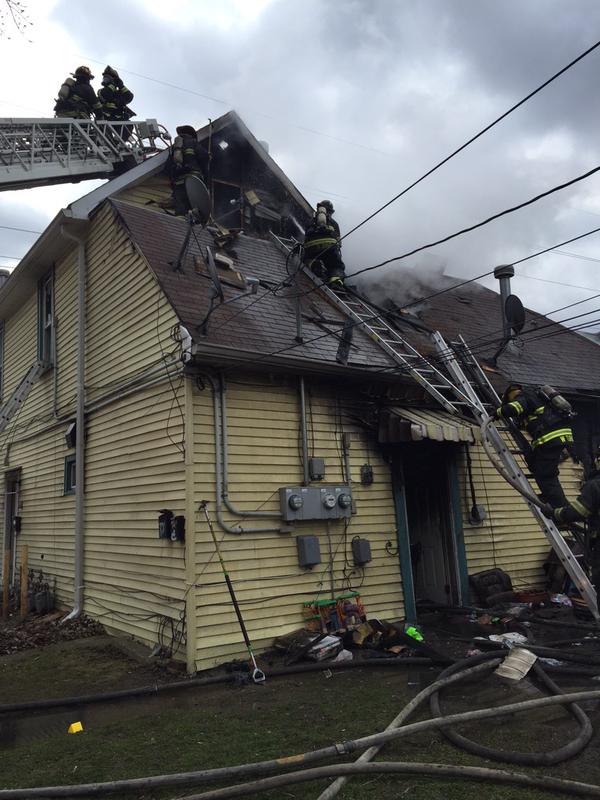 INDIANAPOLIS (WISH) – The Indianapolis Fire Department battled a house fire on the southeast side of Indianapolis late Friday morning.

Firefighters responded to the scene at 10:49 a.m. at East and Iowa streets. They requested assistance from IMPD.

When IFD arrived to the 1800 block of South East Street, they found an inoperable fire hydrant at the 1900 block of East Street. According to witnesses, the hydrant had been hit by a car two weeks prior but never reported. Citizen’s Water was called to the location of the fire to take the hydrant out of service.

According to officials at the scene, five people escaped the burning home.

A 31-year-old woman and her three children, ages one, two and six, were rescued from the second floor of the complex by an alert passerby, Bill Spurr. All four were transported to Indiana University Health Methodist Hospital to be checked out after escaping the fire, fire officials say.

One firefighter was hurt after falling down some stairs while fighting the fire. He was taken to Indiana University Health Methodist Hospital to be checked out.

One house cat and a fish have still been unaccounted for after the fire was put out at 11:27 p.m.

Although the cause of the fire is still under investigation, officials report that an extension cord running to a space heater that ran underneath a bed caught fire.

IFD Victims Assistance and American Red Cross are working to provide shelter to those displaced by the fire.