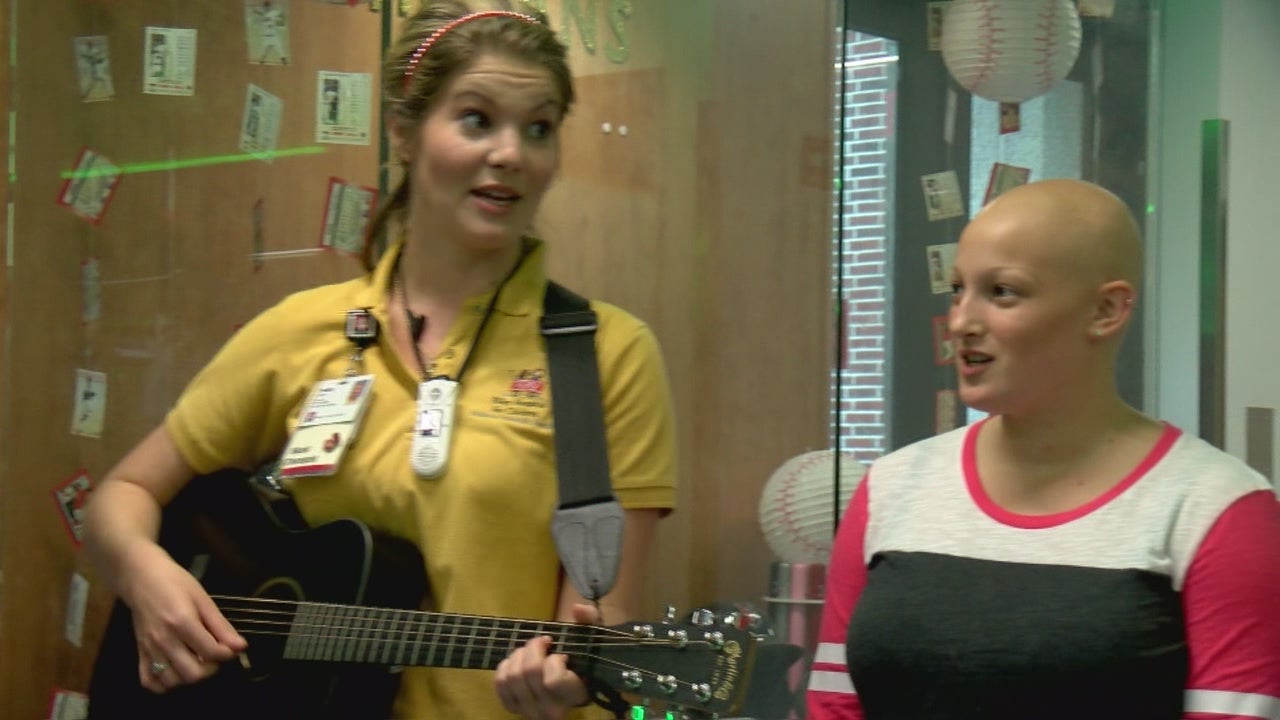 INDIANAPOLIS (WISH) – A group of Taylor Swift fans are hoping to meet the mega star when she performs on Wednesday in the Circle City.

The girls, who are patients at Riley Hospital for Children at IU Health, are using social media in hopes of getting Swift’s attention.

Their campaign is snow balling. Colts player Pat McAfee even tweeted his support.

They know every word to her songs. But instead of singing along with their music therapist, the girls are hoping to sing along with Taylor Swift.

“I think it would be really exciting not only (to) me, but other children to get a chance to meet her, put a smile on their faces and mine,” said Christina Cooper.

Daija Lawson added, “I don’t know my reaction. But, if she was here, I’m pretty sure I’d be surprised and speechless.”

The social media campaign started with 17-year old Rachel Lamb. Through Twitter and Instagram, she is trying to get Swift to notice them. Lamb has big plans if her #WildestDreams come true.

“I’d probably ask to sing with her because I’d really like to get the recording, or take a selfie. I love music so much,” said Lamb.

Swift’s music helps Lamb and the rest of the girls get through. On and off, they find themselves in the hospital for weeks, sometimes months at a time. Lamb suffers from kidney disease.

“I do dialysis for right now and do a pheresis treatment. Pheresis is every other day and dialysis is every day for an hour,” said Lamb.

Although a visit from her favorite musician would offer a break from reality, Lamb says there won’t be any “Bad Blood” if Swift can’t make it.

“I guess I’ll just ‘Shake it off,’ and listen to more music,” laughed Lamb.

If Swift does make an appearance at the hospital, it won’t be the first time for a major musician. There is a display featuring one of Garth Brooks’ guitars from when he visited.

Hospital officials say they have reached out to Swift’s media contact, but have not heard from them yet.

According to hospital officials, more patients and supporters joined the effort Tuesday. There’s now a push for everyone to join in, by using certain Twitter hashtags and by tagging Riley Hospital for Children at IU Health and Taylor Swift on Facebook and Instagram.

All of those hashtags and links are below:Twitter

Swift will perform at Bankers Life Fieldhouse on Sept. 16, as part of her 1989 World Tour.