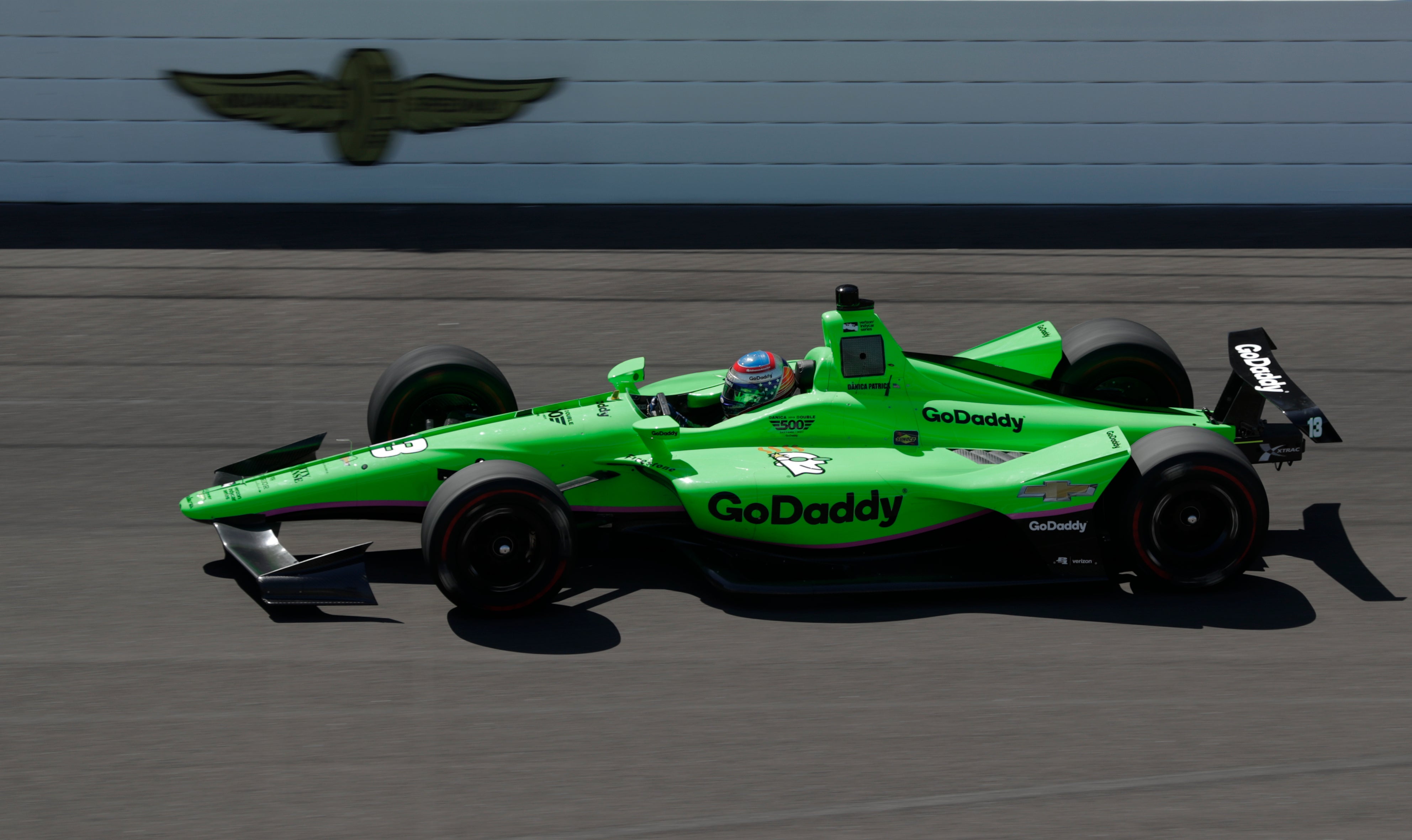 INDIANAPOLIS (AP) — Danica Patrick got her No. 13 car up to speed quickly Wednesday.

She’s still trying to find her comfort level, still hasn’t driven in traffic, and understands it’s going to take some time to get reoriented with the new IndyCars.

If she’s learned anything from her first two days on the track, it’s this: patience.

“I texted Dario (Franchitti) and he said it took eight months,” she said. “So it felt kind of like 14 turbos were in there.”

Much has changed since Patrick last competed on the open-wheel circuit in 2011.

The cars have a new, sleeker look, an aero kit series regulars are still trying to dial in, and turbo-charged engines to make them even faster. But Patrick faces a steeper learning curve than some after competing in NASCAR the past six years.

Admittedly, it hasn’t been entirely smooth.

During Tuesday’s refresher course, she acknowledged she was anxious and apprehensive about the “heavy steering,” and slept better Tuesday night.

By Wednesday’s closed manufacturers test session on Indianapolis Motor Speedway’s historic 2.5-mile oval, she was adapting to different padding inside the cockpit, tighter fitting seat belts and helmets, and a different feel in the driver’s seat.

The next big step could be running side by side with other cars and relearning the golden rule of IndyCar racing: Rubbing fenders, trading paint and the bump-and-run style racing prevalent in the Cup Series can be ruinous in this series.

“I never saw a car other than when I came in and out of the pits,” she said during Wednesday’s lunch break. “As for a tow, I know that if you can see a car, it’s helping you. But if you see a car it also can upset your car. There’s no need to rush it.”

Patrick won’t be back on the oval until May 15.

Qualifying for the May 27 race is scheduled for May 19 and 20. 35 driver-car combinations are attempting to qualify for the traditional 33-car starting field.

Those who have made the transition from the heavier, more protective Cup cars to IndyCars believe Patrick will make a relatively smooth transition.

“I think with all her experience here, it will be like riding a bike,” said Larry Foyt, who started three 500s after running in the 2003 Brickyard 400 before taking over as president of A.J. Foyt Racing. “Driving here in a stock car, you’re moving around, sliding there in the corners. I felt like it was easier to qualify for Indy 500.”

Ed Carpenter’s team has a knack for going fast in Indy qualifying, and with a veteran presence in Carpenter and a young, promising American Spencer Pigot, the 36-year-old Patrick seems like a perfect fit for the final race of her career.

“It’s the whole mechanism, the team members doing pit stops seven or eight times under pressure, understanding the communication on the radio to make the right changes on the race car, and it’s staying focused on the big prize, which is the race and not necessarily fast laps,” said Chip Ganassi Racing managing director Mike Hull, who worked with Franchitti when he switched back to IndyCars. “The cars are not the same cars, but it’s still the same race at the same track.”

And Patrick still has a wealth of knowledge she can use to her advantage.

All she has to do is play it smart.

“It was much better today. The first couple laps I was flat out,” she said. “I wanted to get yesterday over with so I could get on with the job and feeling comfortable and that’s what started today.”