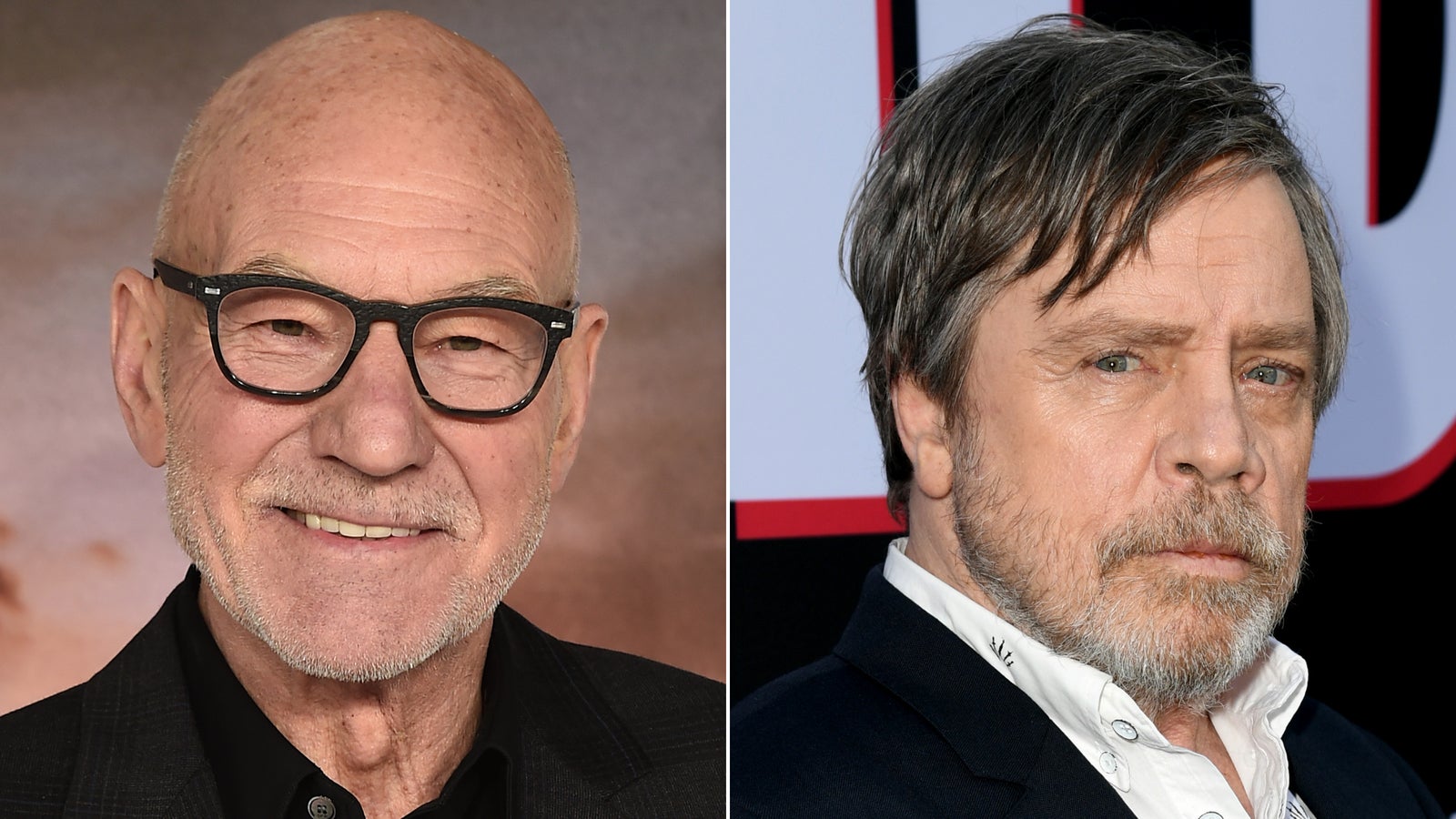 (CNN) — Whether the force is with you in a galaxy far, far away or you want to boldly go where no man has gone before, you’ve likely never seen a face off quite like the latest offering from Uber Eats.

Movie stars Mark Hamill and Patrick Stewart have brought an unexpected twist to the simmering “Star Wars” vs “Star Trek” rivalry, as they go head-to-head over their food orders.

The series of commercials draws on the stars’ involvement in the hugely popular sci-fi franchises.

The first advertisement sees the pair approaching each other in a darkened warehouse. Hamill, who played Luke Skywalker in “Star Wars,” holds a baseball bat while Stewart, who played Captain Jean-Luc Picard in “Star Trek,” wields a cricket bat.

“Tonight, I’ll be eating a veggie cheeseburger on ciabatta, no tomatoes,” says Hamill.

Stewart responds: “Tonight, I’ll be eating four-cheese tortellini with extra tomatoes,” emphasizing the elongated “a” in his English accent.

“Stewart, so it’s come to this,” says Hamill, before their food arrives and interrupts the scene.

Not to be deterred, the pair then raise their weapons.

“Careful, Hamill, daddy’s not here to save you,” taunts Stewart, in a reference to Skywalker’s relationship with his father, Darth Vader.

“Oh I am my daddy,” says Hamill, in a retort that makes both men pause.

“Come again?” Stewart says. “What are you talking about?”

“I’m not sure I got that right,” replies Hamill. There are a further two adverts in the series.

One shows Stewart emerging the victor in a game of air hockey, while Hamill wins a game of Connect Four in the other.

In August, Uber announced that its delivery service Eats had become the company’s biggest source of revenue.

Revenue from Eats reached $1.2 billion in the second quarter, double a year earlier, the company reported.

Meanwhile, Uber’s Rides business revenue plummeted 67%, to $790 million. Similarly, gross bookings for Rides declined 73% over that period, while they grew 113% for Eats.

“Our delivery business alone is now as big as our Rides business was when I joined the company in 2017,” said CEO Dara Khosrowshahi on a call to discuss the results. “We’ve essentially built a second Uber in under three years.”