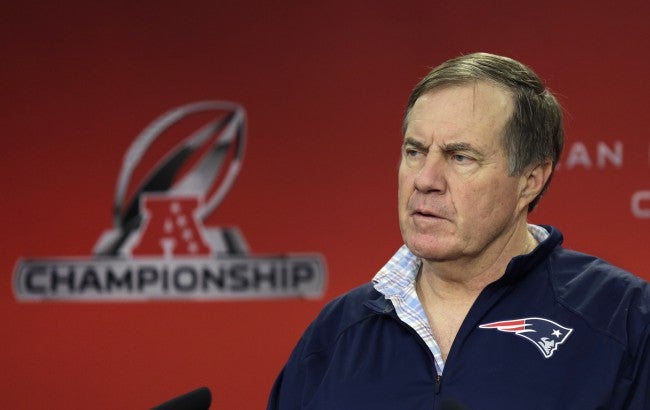 INDIANAPOLIS (WISH) – Bill Belichick made it very clear he had no idea what happened with the deflated footballs from Sunday’s game.

“I don’t have an explanation for what happened,” Belichick said. “I’ve told you all that I can tell you from my point of view.”

“I’ve learned more about this process in the last three days then I knew or I’ve talked about it in the last 40 years that I’ve coached in this league,” Belichick said.

Mark Baltz does know about the process because it was his job for more than two decades. The former NFL referee says just over two hours before game time his crew would check 24 footballs.

“We gauge them with a gauge and there’s a pump in there and if they’re underinflated we bring them up to the 12.5 to 13 pounds, which is by rule where they should be,” Baltz said. “We take them over to the referee and he’s got a stamp on it, and they stay right there in the locker room until they go out onto the field .”

Baltz isn’t sure who or what let the air out of the footballs but, he’s sure the NFL gets to the bottom of this.

“The NFL really is pretty squeaky clean and things like this really do bother them,” Baltz said. “That someone would taint the image of the National Football League.”