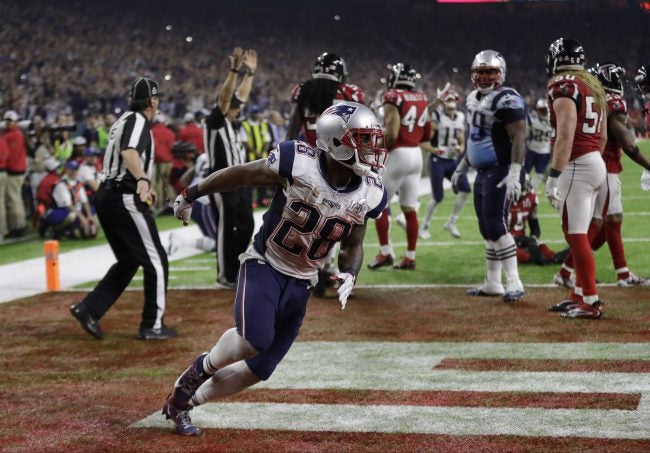 HOUSTON (AP)- Tom Brady has a record fifth Super Bowl win for a quarterback after the biggest comeback in the game’s history, and one of the greatest catches.

James White ran 2 yards for a touchdown on the first possession of overtime, and the Patriots came back from 25 points down for a 34-28 win over the Atlanta Falcons in Super Bowl 51.

The Patriots drove to the tying score with help from a unbelievable catch by Julian Edelman, who somehow kept the ball off the turf on a diving grab of a tipped pass that bounced off a defender’s shoe.

James White ran 1 yard for a touchdown, and Brady’s 2-point conversion pass to Danny Amendola tied the score at 28-all with 57 seconds left.

The Falcons, who lost again in their second Super Bowl, led 28-3 in the third quarter after Matt Ryan’s second touchdown pass. Robert Alford had an 82-yard interception return in the first half.