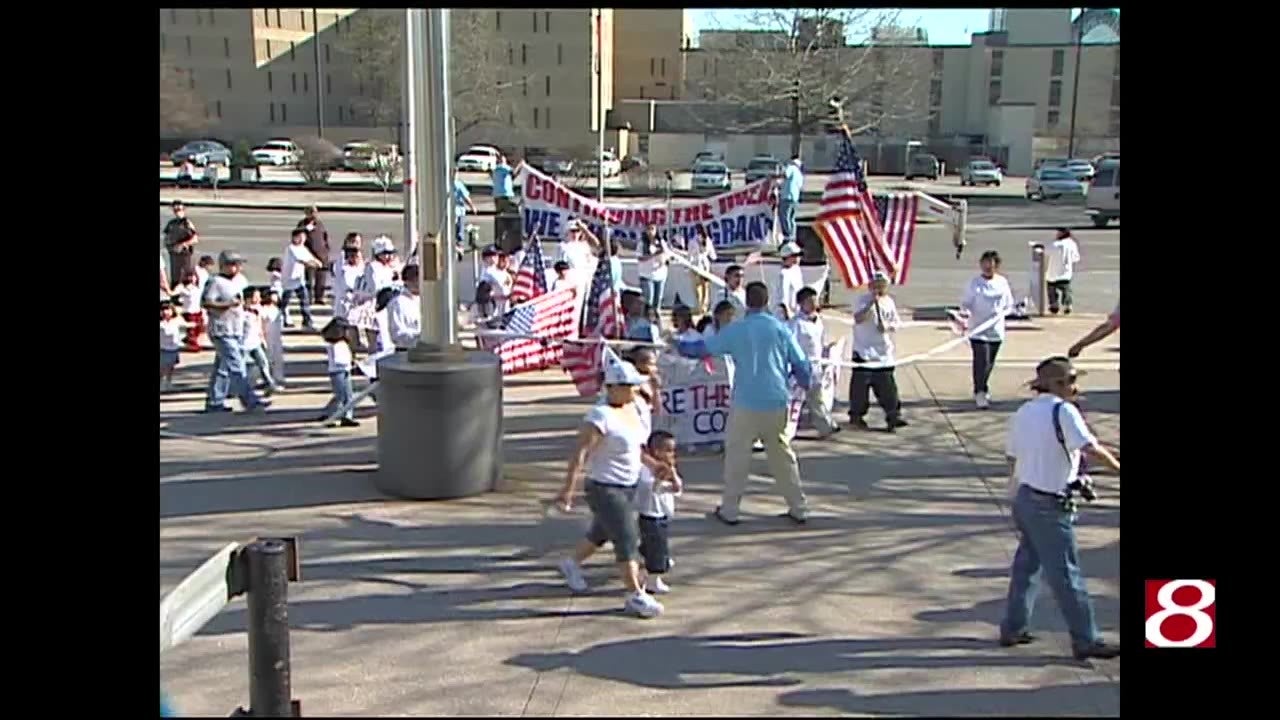 INDIANAPOLIS (WISH) — A church leader in Indianapolis involved in organizing a massive immigration rally in 2006 said he had witnessed regressive change since the historic protest, and urged community members of all backgrounds to move forward by learning from the past.

The climate surrounding immigration-related issues has shifted unexpectedly since the events of April 10, 2006, Reverend Samuel Ruiz told News 8 in an interview more than 12 years after the peaceful demonstration.

“I don’t think that Indiana could have any other march like that one,” he said wistfully. “That was the first time in my life that I [saw] people from any background supporting something with that happiness.”

More than 20,000 smiling protesters marched through the streets of downtown Indianapolis, many wearing white, waving American flags and holding signs that read “We love Indiana” and “Thank you for everything.”

Feelings of unrest or anger typically associated with protests had no place at this rally, according to Ruiz. The message that day was simply, “We are here,” he said.

“The Latino community wanted to come out of the shadows and say, ‘We are not invisible,’” Ruiz explained. “The fear wasn’t there. The desire to say ‘Here I am!’ was immense.”

He and other rally organizers expected approximately 5,000 protesters to participate. They were astounded when that figure more than quadrupled.

Most surprising, Ruiz recalled, was the diversity of the protesters. He became emotional when he described how people of every race, religion and socioeconomic status marched in solidarity with members of the local immigrant community.

“Indiana was not the same after that march,” he said. “We got the attention of people. They saw how many people cared [about immigrants living and working in Indiana].”