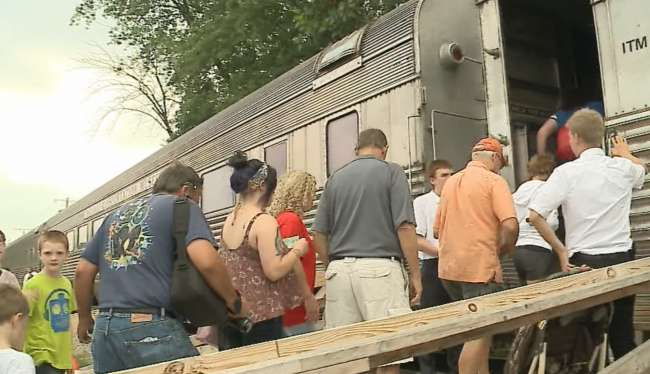 NOBLESVILLE, Ind (WISH) – A popular way to get back to the Indiana State Fair might be permanently grounded, as Hamilton County explores rail trail options.

For more than 30 years, the Indiana State Fair train has brought people from Fishers to Indianapolis. In 2015, more than 10,000 rode it.

“It’s convenient, it’s close, and it’s fun,” Fishers resident, Connie Blazier said. But for the past year, the most action the tracks have receive have come from passing cars.

“I’d like to see it come back,” Fishers resident, Bill Nixon said. “I think it’s a shame they shut it down the way they did.”

In August, the Hoosier Heritage Port Authority (HHPA) told the Indiana Transportation Museum it couldn’t run the train. The HHPA said $5 million in safety improvements need to be made.

On Monday, county leaders announced the train may not be coming back. “Right now, we’re leaving everything open, but I think we need to exam our options with our communities,” Hamilton County Commissioner Christine Altman said.

One option, Fishers and Noblesville have expressed to commissioners, turning the rail line into a bike path.

“I mean, the Monon Trail, that used to be a rail line,” Nixon said. “If we get rid of this rail line, where are we going to have one?”

“I think it should be preserved if it’s not going to be with a train,” Blazier said. “It should be a bike or walking trail.”

Preserving the right of way is a concern. If the county removed the tracks, it could lose the trail.

That’s why the county is looking to possibly do something to create a path, while still keeping transportation an option. It’s an unique feature some still hope will make use of the Nickel Plate depot.

“I would like to see the train come back,” Blazier said. “We enjoy taking it down to the fairgrounds.”

The Indiana Transportation Museum runs the train. It still plans to open its museum in May. However, it cannot run a train on the track.

As for when a public meeting on the issue could take place, commissioners said news should be coming out very soon.