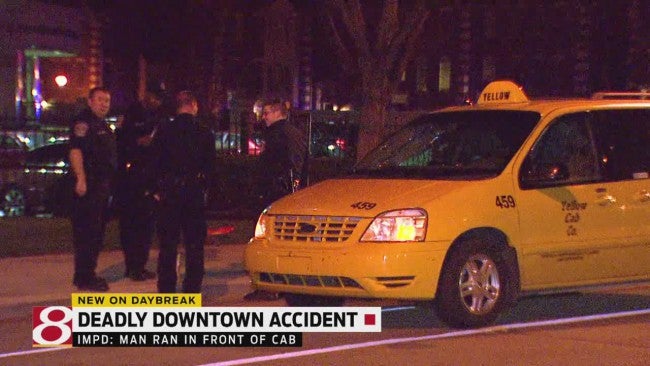 INDIANAPOLIS (WISH) – According to police, a pedestrian was killed after running out in front of a taxi cab mini-van just after 2:30 a.m. Sunday.

When police arrived on the scene, they found a man laying in the road.  The man was pronounced dead at the scene a short time later.

The cab was carrying six passengers at the time of the accident. None of the passengers were injured.

Police say the cab driver was not impaired in anyway, although he was offered a breathalyzer.

The identity of the pedestrian who was struck has not yet been released.