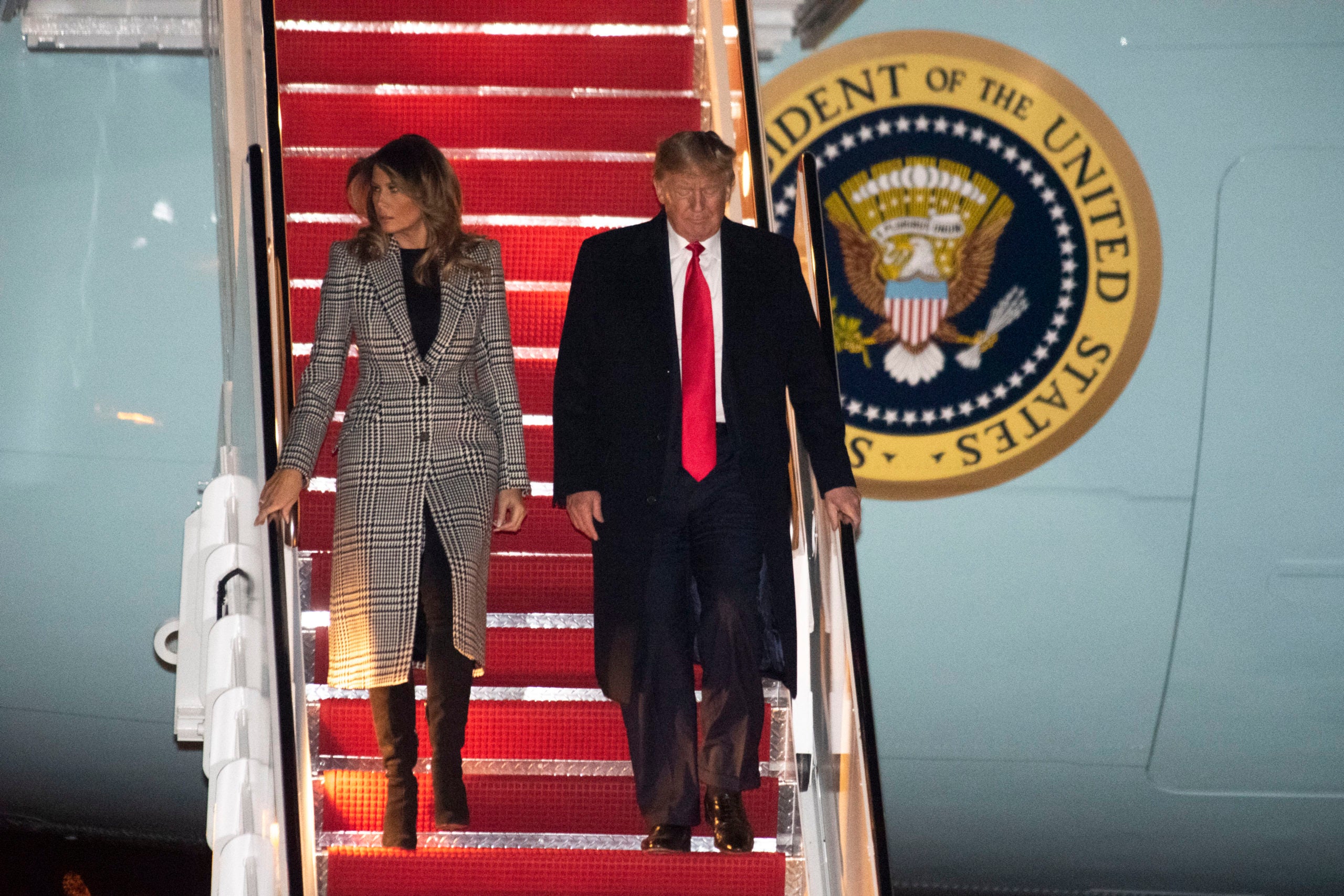 ‘’Our democracy is what is at stake,” Pelosi said somberly. “The president leaves us no choice but to act.”

Pelosi delivered the historic announcement in solemn tones, drawing on the Constitution and the Founding Fathers, as Democrats push toward a vote, possibly before Christmas.

“The president’s actions have seriously violated the Constitution,” she said from the speaker’s office at the Capitol. “He is trying to corrupt, once again, the election for his own benefit. The president has engaged in abuse of power, undermining our national security and jeopardizing the integrity of our elections .”

“Sadly, but with confidence and humility, with allegiance to our founders and a heart full of love for America, today I am asking our chairmen to proceed with articles of impeachment,” Pelosi said.

At the core of the impeachment probe is a July call with the president of Ukraine, in which Trump pressed the leader to investigate Democrats and political rival Joe Biden as the White House was withholding military aid to the country bordering an aggressive Russia.

Pelosi emphasized the Russia angle at a news conference later, saying that it’s Russia and President Vladimir Putin who benefited most from Trump’s actions toward Ukraine

“All roads lead to Putin. Understand that,” she declared. “That was the a-ha moment.”

Asked as she was leaving if she hates Trump, Pelosi stiffened, returned to the podium and responded sharply that the president’s views and politics are for the voters at elections to judge, but “this is about the Constitution.” She said that as a Catholic, she does not hate the president but rather is praying for him daily.

Eager to fight, Trump quickly tweeted back that he didn’t believe her.

Earlier, Trump tweeted that if Democrats “are going to impeach me, do it now, fast.” He said he wanted to get on to a “fair trial” in the Senate. The president also said that Democrats have “gone crazy.”

At the White House, press secretary Stephanie Grisham accused Pelosi of ignoring issues Americans care about to focus on removing Trump from office. She asked, “How many Democrats will join her driving right off the cliff with this illegitimate impeachment hoax?”

The GOP leader of the House, Kevin McCarthy, said Pelosi was “more concerned about tearing the president down than buílding the country up.”Senate Majority Leader Mitch McConnell, R-Ky., accused Democrats of choosing impeachment over important legislatiion, though many House-passed bills are waiting for action in his chamber. “It’s all impeachment, all the time,” he said.

Drafting articles of impeachment is a milestone moment, only the fourth time in U.S. history Congress has tried to remove a president, and it intensifies the deeply partisan undertaking that is consuming Washington and dividing the nation.

Once reluctant to pursue impeachment, warning it was too divisive for the country and needed to be a bipartisan endeavor, Pelosi is now leading Congress into politically riskier waters for all sides ahead of an election year.

Republican are standing lock-step with Trump, unwilling to be swayed that his actions amount to wrongdoing, let alone impeachable offenses, leaving Democrats to go it alone in a campaign to consider removing the 45th president from office.

Trump’s allies argue that voters, not lawmakers, should decide the president’s future. But Democrats say the nation cannot wait for the 2020 election, alleging Trump’s past efforts to have foreign countries intervene in the presidential campaign is forcing them to act to prevent him from doing it again. Pelosi said the still-anonymous whistleblower’s complaint about Trump’s Ukraine call changed the dynamic, creating the urgency to act.

The number of articles and the allegations they will include will be both a legal and political exercise as lawmakers balance political dynamics while striving to hit the Constitution’s bar of “treason, bribery or other high crimes and misdemeanors.”

Pulling from the House’s investigation, Democrats are focusing on at least three areas that could result in two to five articles, they say.

They argue that Trump abused the power of his office by putting personal political gain over national security interests, engaging in bribery by holding out $400 millionin military aid thatCongress had approved for Ukraine; and then obstructing Congress by stonewalling the investigation.

Some liberal Democrats want to reach further into Trump’s actions, particularly regarding the findings from special counsel Robert Mueller’s report on Russian interference in the 2016 election. That could produce an additional article of obstruction not only of Congress, but also of justice.

But more centrist and moderate Democrats, those lawmakers who are most at risk of political fallout from the impeachment proceedings, prefer to stick with the Ukraine matter as a simpler narrative that Americans can more easily understand.

The chairmen of the House committees conducting the impeachment inquiry will begin drafting the articles, and some lawmakers are expecting to remain in Washington over the weekend.

Members are preparing to vote on the articles of impeachment in the Judiciary Committee, possibly as soon as next week. The committee set a Monday hearing to receive the Intelligence Committee’s 300-page report outlining the findings against the president.

The House is expecting a full vote by Christmas. The would send the issue to the Senate for a trial in the new year.