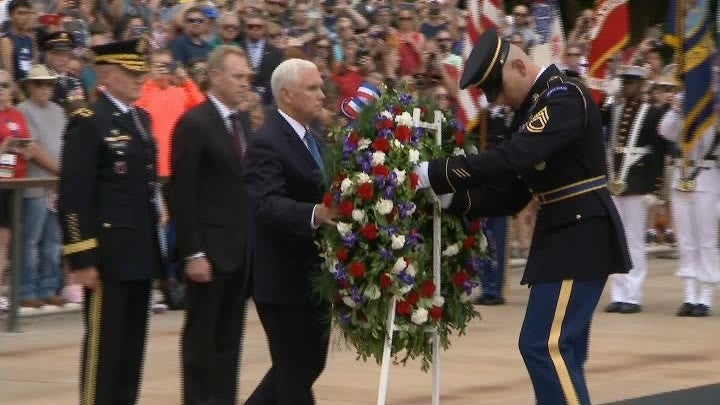 ARLINGTON, Va. (AP) — Vice President Mike Pence paid tribute to fallen members of the U.S. armed forces Monday, thanking their loved ones in a ceremony at Arlington National Cemetery and acknowledging that for them “every day is Memorial Day.”

Pence placed a wreath at the Tomb of the Unknown Soldier to remember dead service members whose remains haven’t been identified and observed a moment of silence. He told Gold Star families he was honored by their presence. Pence is the former governor of Indiana.

President Donald Trump and Melania Trump visited the Arlington, Virginia, cemetery last week and placed flags at several gravesites, a decades-old tradition known as “flags in.” Trump, in Japan, was expected to address troops aboard a battleship before returning to the U.S.