Pence outlines US Space Force plan for ‘next battlefield’ 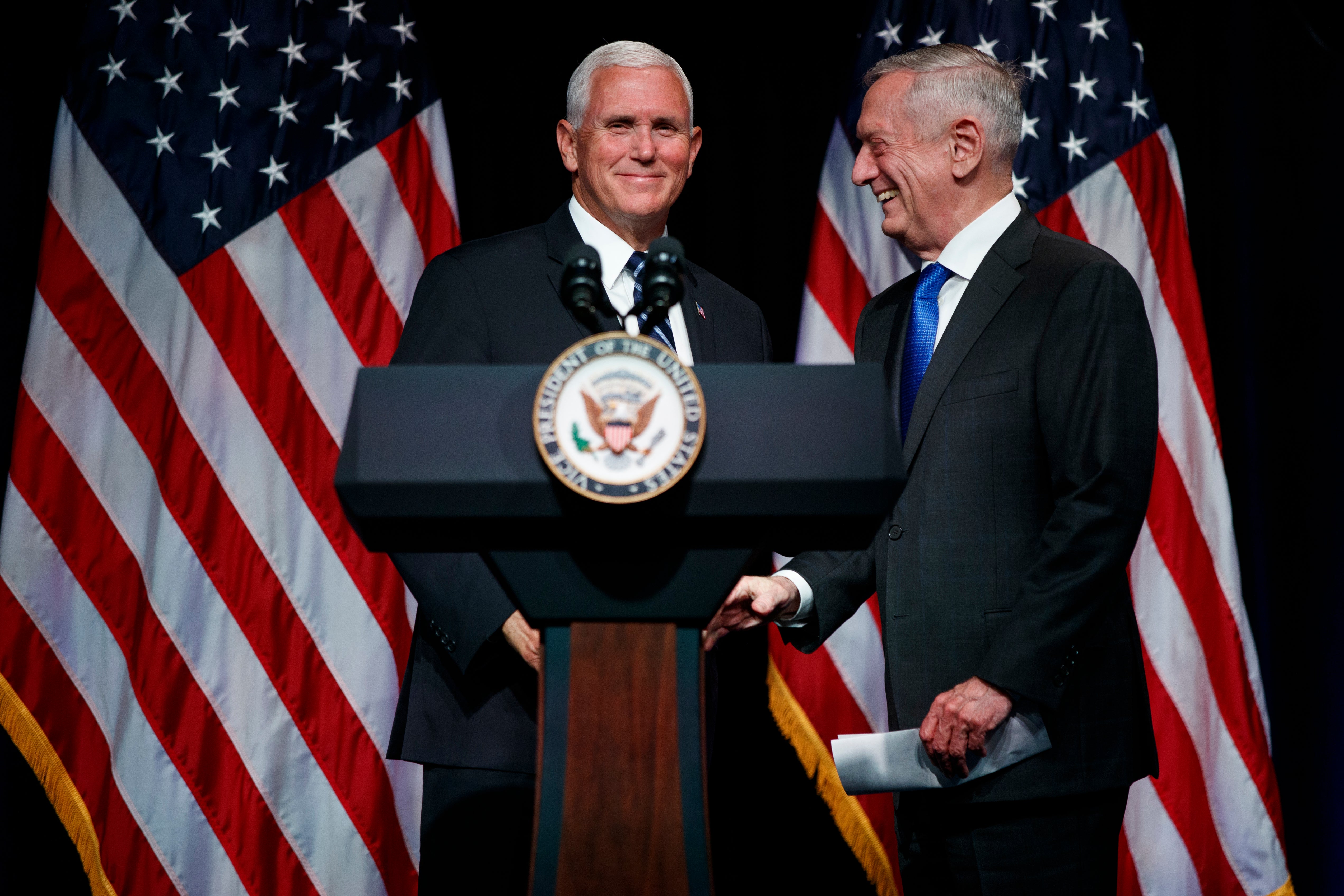 WASHINGTON (AP) — Pointing to growing threats and competition from Russia and China, the White House on Thursday announced ambitious plans to create the U.S. Space Force as a sixth, separate military warfighting service by 2020.

The proposal taps into the American public’s long fascination with space but with a military focus, and it faces daunting hurdles. It requires congressional approval and has been met with skepticism from military leaders and experts who question the wisdom of launching an expensive, bureaucratic new service branch.

Vice President Mike Pence announced the new force during a Pentagon speech, fleshing out an idea that President Donald Trump has flagged in recent months as he vowed to ensure American dominance in space. Pence described space as a domain that was once peaceful and uncontested but has now become crowded and adversarial.

“Now the time has come to write the next great chapter in the history of our armed forces, to prepare for the next battlefield where America’s best and bravest will be called to deter and defeat a new generation of threats to our people, to our nation,” said Pence.

Trump marked Pence’s announcement with a tweet: “Space Force all the way!”

Pence portrayed the change as a response to foes’ potential aggression rather than any offensive U.S. military effort.

Citing Russia and China, he said that for years U.S. adversaries have “pursued weapons to jam, blind and disable our navigation and communication satellites via electronic attacks from the ground.”

“As their actions make clear, our adversaries have transformed space into a warfighting domain already, and the United States will not shrink from this challenge,” he said.

In June, the president directed the Pentagon to create a “separate but equal” space force, a complicated and expensive move that could take years to gain Congress’ approval and become operational. On Thursday, Pence said the administration will work with Congress on the plan, and will outline a budget next year. The last time the U.S. created a new uniformed military service was in 1947, when the Air Force was launched after World War II. It joined the Army, Navy, Marine Corps and Coast Guard.

Defense Secretary Jim Mattis has endorsed steps to reorganize the military’s space warfighting forces and create a new command, but has previously opposed launching an expensive new service. A new branch of the military would require layers of bureaucracy, military and civilian leaders, uniforms, equipment and an expansive support structure.

Asked about the cost, Deputy Defense Secretary Patrick Shanahan told reporters the Pentagon doesn’t have a number yet but will when the legislative proposal is finished by the end of the year.

“I would assume it’s billions,” he said.

Deborah James, who served as Air Force secretary for the final three years of the Obama administration, estimated it would be five to 10 years before a separate service would be fully formed.

“Eventually, it’ll settle out, but you will go through years of thrashing. And is that thrashing going to slow your momentum or is it going to help you achieve your goals and address the real challenges that we have on our plate?” she said at Brookings Institution last week. “I don’t think so. I don’t. I wouldn’t vote in favor of it.”

The military’s role in space has been under scrutiny because the United States is increasingly reliant on orbiting satellites that are difficult to protect. Satellites provide communications, navigation, intelligence and other services vital to the military and the national economy.

U.S. intelligence agencies reported earlier this year that Russia and China were pursuing “nondestructive and destructive” anti-satellite weapons for use during a future war. And there are growing worries about cyberattacks that could target satellite technology, potentially leaving troops in combat without electronic communications or navigation abilities.

The Pentagon proposal delivered to Congress Thursday lays out plans to consolidate U.S. warfighting space forces and make organizational changes to boost the acquisition and development of technologies.

It says the department will establish a Space Command to develop warfighting operations, a Space Development Agency to more quickly identify and develop new technologies, a Space Operations Force of leaders and fighters and a new support structure. In the second phase the Pentagon would combine all the components into the new sixth branch of service.

In the meantime, the Space Command would be led by a four-star general, and Pence said a new high-level civilian post — assistant defense secretary for space — would also be created.

“We are glad that the Pentagon is finally taking these steps in enhancing our space strength,” Reps. Mike Rogers, R-Ala., and Jim Cooper, D-Tenn., leaders of the House Armed Services Subcommittee on Strategic Forces, said in a statement. They said the Pentagon report was the start of a “multi-year process that we think will result in a safer, stronger America.”

Much of the military’s current space power is wielded by the Air Force Space Command, which has its headquarters at Peterson Air Force Base in Colorado Springs, Colorado. The command has about 38,000 personnel and operates 185 military satellite systems, including the Global Positioning System and communications and weather satellites. It also oversees Air Force cyberwarfare.

Under the new plan, space elements that are now scattered across the department would be gathered under one command, which Pence said would better ensure integration across the military