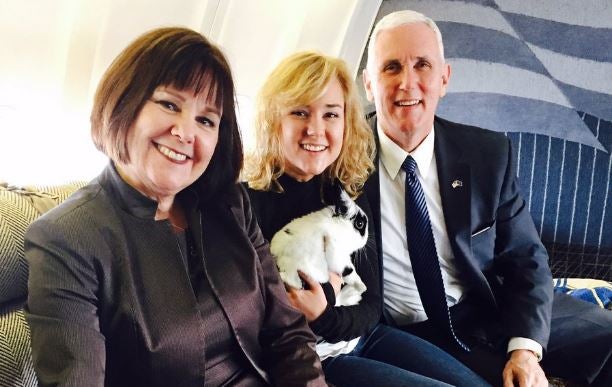 (AP) — Vice President-elect Mike Pence has arrived at Joint Base Andrews with members of his family – and three pets.

Pence took his first flight aboard a military flight – which will be Air Force Two once he becomes vice president. As they got off the plane, Pence’s wife, Karen, and adult daughter, Charlotte, were carrying the family’s cats, Pickle and Oreo. The Pence’s rabbit, Marlon Bundo, also arrived in a cage and was loaded into an SUV.