Pence tells troops in Texas that terrorism fight ‘goes on’ 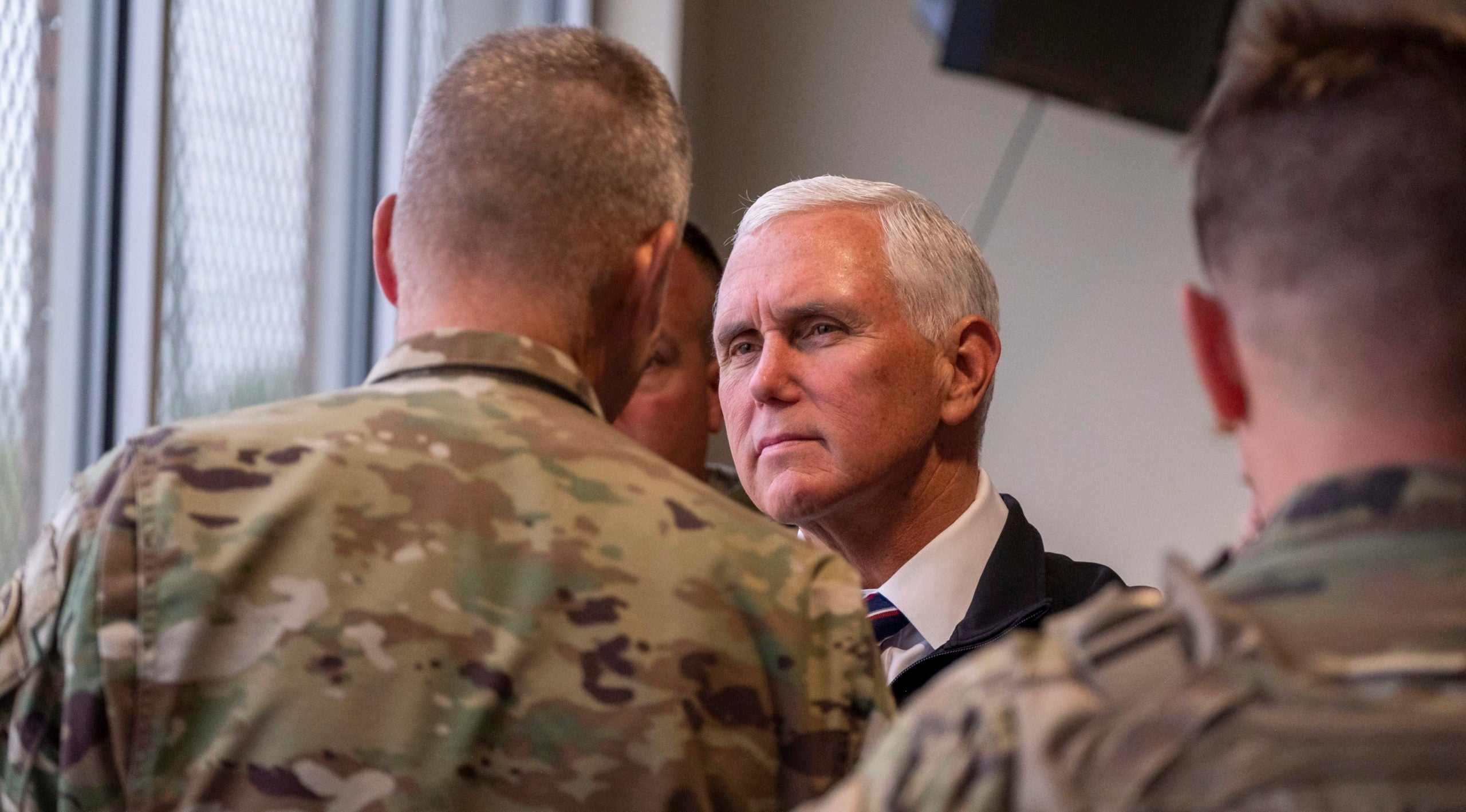 Pence on Tuesday addressed troops at Fort Hood. In a patriotic message before a large U.S. flag, he said, “The fight against terrorism goes on.”

Pence offered greetings from President Donald Trump. He said Trump has “been working to make the strongest military in the history of the world.”

Pence earlier observed Fort Hood troops in weapons exercises. He was scheduled to be at a GOP fundraiser in Austin later in the day.