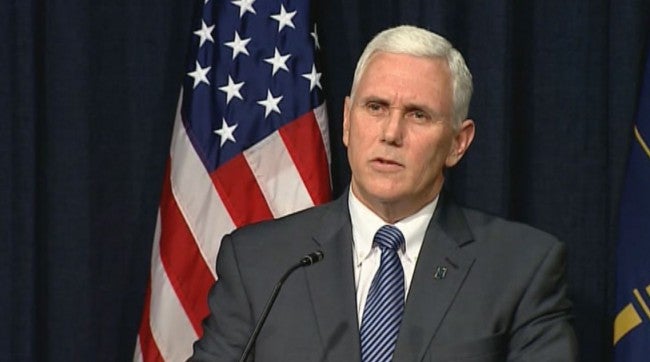 Great news! @mike_pence is expected to formally announce his ’16 re-election bid during our Spring Dinner on June 18! http://t.co/1nXuEqHSxs– Indiana GOP (@indgop) May 18, 2015

Gov. Mike Pence is a conservative leader and dedicated public servant who always puts Indiana first,” Cardwell said. “Under his leadership, our state’s fiscal health is strong and we are outpacing the nation in job growth. In fact, more than 100,000 private sector jobs have been created since Pence took office. He also followed through on his promise to put education first this legislative session by making an historic investment in our children, teachers and schools. We are excited the governor will formally announce his plans to seek re-election during our annual Spring Dinner, and we look forward to hearing his ideas for the future of our great state.”