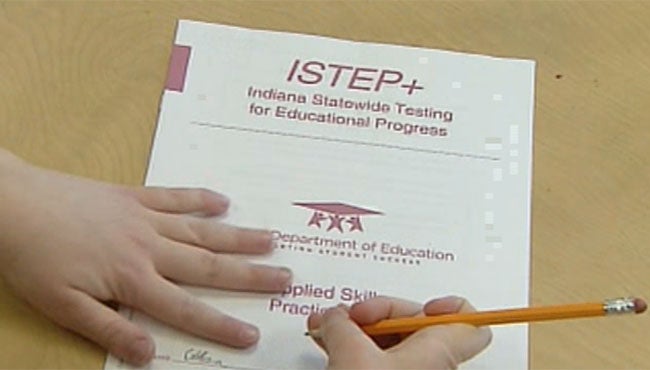 INDIANAPOLIS (WISH) – Governor Pence announced Monday afternoon that he’s calling in outside experts to see if there’s a way to shorten the test.

Paris Himes is preparing for the ISTEP next month. The 6th grader admits she’s a little nervous about taking the exam.

“They said the mayor was shortening the quiz today and I was feeling like, I have to stop hanging out with my friends immediately and start focusing on my studying because I really want a good score on the ISTEP,” said Paris Himes, 6th grader. “I want to go onto the next level.”

“Doubling the testing time for our kids is a hardship on them, a hardship on families, hardship on our teachers, and this is a moment that calls for decisive action,” said Gov. Pence.

But there’s still a lot of mystery as to what will happen next month. The governor has issued an executive order to shorten the testing time in half from 12 to six hours. He told the media that he wants to bring in outside experts to see what the options are.

“I was please to know that he wanted to address the issue, but I was shocked and disappointed that he didn’t actually consult with the state superintendent and asked her to work with him to come up with a solution,” said president Teresa Meredith, Indiana State Teachers Association.

The association is hoping that the governor will work with the superintendent to find a solution for the sake of teachers and students in the next coming weeks.

“The stress now becomes what’s the timeline: is it paper or pencil? Is it electronic? Is there going to be a stress test run if they make more changes and then we have to try it on electronics in our schools or use technology in our schools,” said Meredith.

The Indiana State Teachers Association also believes the governor’s executive order came at an interesting time as lawmakers were getting ready to vote on a bill that would reduce the superintendent’s power.