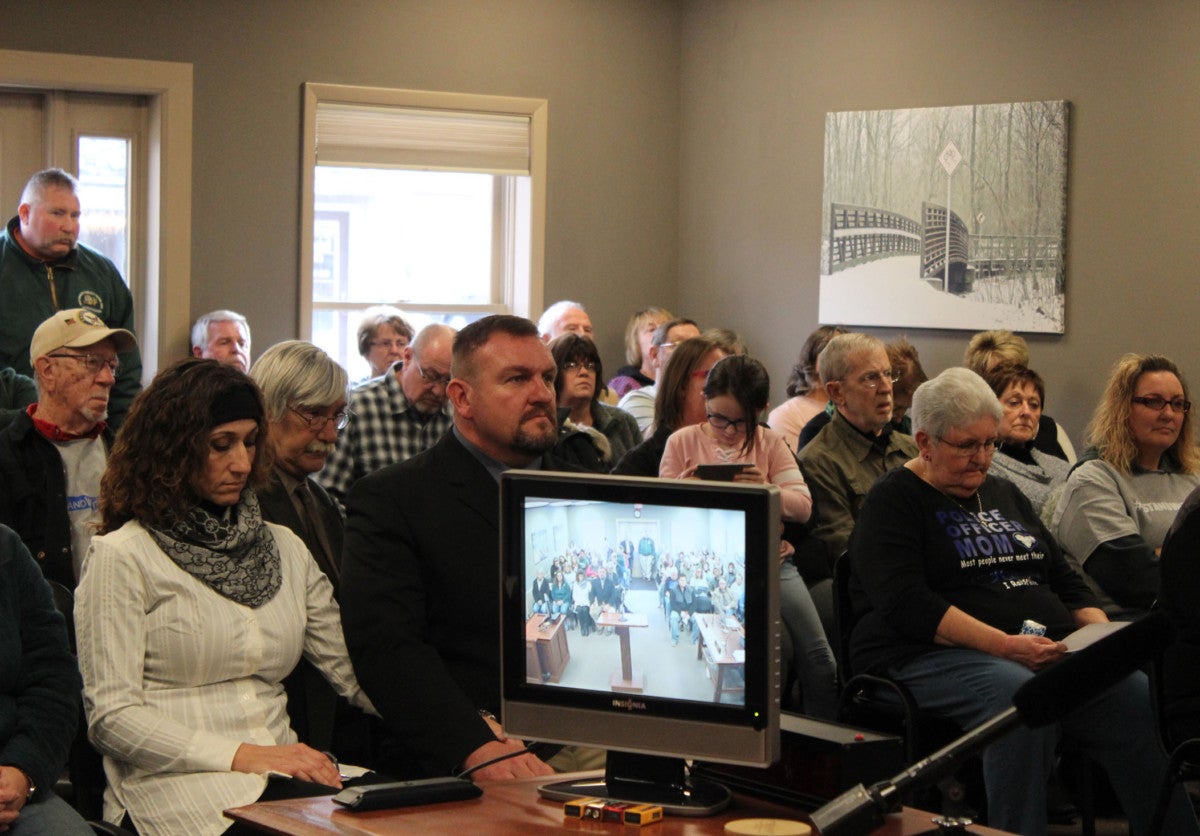 PENDLETON, Ind. (WISH) — The Town Council on Friday demoted the chief of Pendleton Police Department to patrolman because of controversial social media posts, according to The Times-Post, a newsgathering partner with News 8.

The council had voted 3-2 to fire Marc Farrer on Jan. 24 because of social media posts it said “reflect and promote bias” and “compromise (his) ability to carry out your duties to the public as a law enforcement officer and as the Pendleton town marshal in a fair, impartial and non-discriminatory way.”

The termination was subject to an appeal, which was to be heard at 2 p.m. Friday but was canceled. Instead, the council met at 5 p.m. and unanimously demoted Farrer in a settlement agreement. He had been on paid administrative leave because of disciplinary matters since Jan. 24.

“We’re pleased this is behind us,” Council President Jessica Smith told The Times-Post after the meeting.

He will receive four weeks unpaid leave beginning Friday, for which he can use accrued vacation or other leave time. He also will be on probation for a year and “shall successfully complete sensitivity and diversity training,” the agreement said.

Farrer read an apology that was also part of the agreement:

“I want to publicly apologize to the citizens of Pendleton, the town council, and my fellow officers for my unprofessional Facebook posts. Although I never intended for these posts to be offensive, I take full responsibility for my actions. This will not happen again. I look forward to continuing to serve this great community as I return to the position of patrol officer.”

Farrer told The Times-Post he was not only thankful to keep his job but for the many people in the community who supported him since January.

All other charges by the council against Farrer were dropped as part of the agreement.

The demotion was the second of a police chief announced in central Indiana on Friday. The Lebanon chief of police was removed from office and will serve the department in the patrol division after a comment he made on Facebook in 2017 resurfaced, the department said Friday via social media.