Pendleton residents clean up, wait for power after tornado 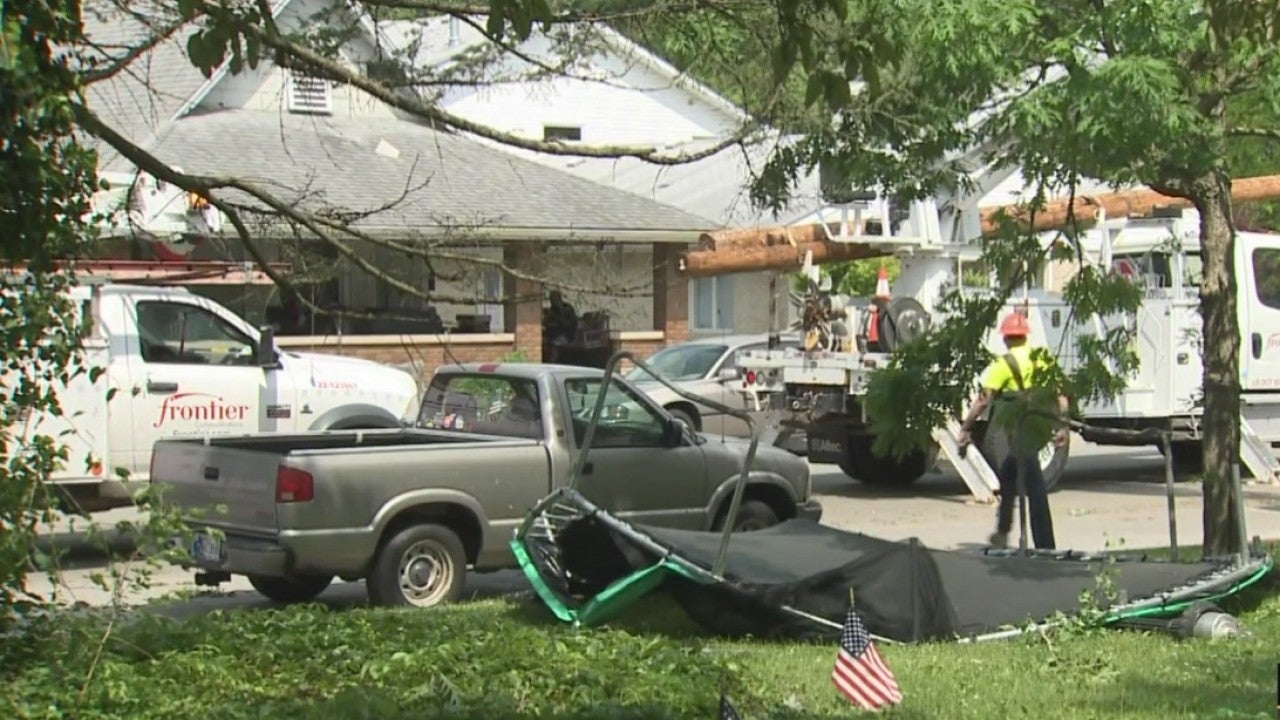 PENDLETON, Ind. (WISH/AP) — It is going to be a long time before Pendleton is back to normal.

An EF2 tornado with winds in excess of 111 mph ripped trees from the ground Monday night, depositing them onto cars and houses all over town.

The tornado ransacked Falls Park in downtown Pendleton in a matter of seconds. Larrie Larkin was headed for safety when the storm hit his house.

On Tuesday, the streets of Pendleton were littered with smashed cars, broken tree limbs and debris from places you never knew existed. Once the tornado exited Pendleton, its next stop was Huntsville and the 100-year-old tree in Heidi Wilson’s backyard had met its match.

“It was loud; it was crazy; it was very scary, extremely scary,” said Wilson.

Wilson said that most of the town was still without power, which meant no running water or air conditioning for awhile.

Monday marked the record-tying 11th straight day with at least eight tornadoes in the U.S., said Patrick Marsh, a Storm Prediction Center meteorologist. The last such stretch was in 1980.

“We’re getting big counts on a lot of these days, and that is certainly unusual,” Marsh said.

At least 75 homes were damaged in Pendleton and in nearby Huntsville, said Madison County Emergency Management spokesman Todd Harmeson. Only one injury was reported: a person with a cut to the forehead.

Pendleton residents were urged to stay in their homes Tuesday morning because of downed power lines and other dangers.

Outbreaks of 50 or more tornadoes are not uncommon, having happened 63 times in U.S. history, with three instances of more than 100 twisters, Marsh said. But Monday’s swarm was unusual because it happened over a particularly wide geographic area and came amid an especially active stretch, he said.

As for why it’s happening, Marsh said high pressure over the Southeast and an unusually cold trough over the Rockies are forcing warm, moist air into the central U.S., triggering repeated severe thunderstorms and tornadoes. And neither system is showing signs of moving, he said.