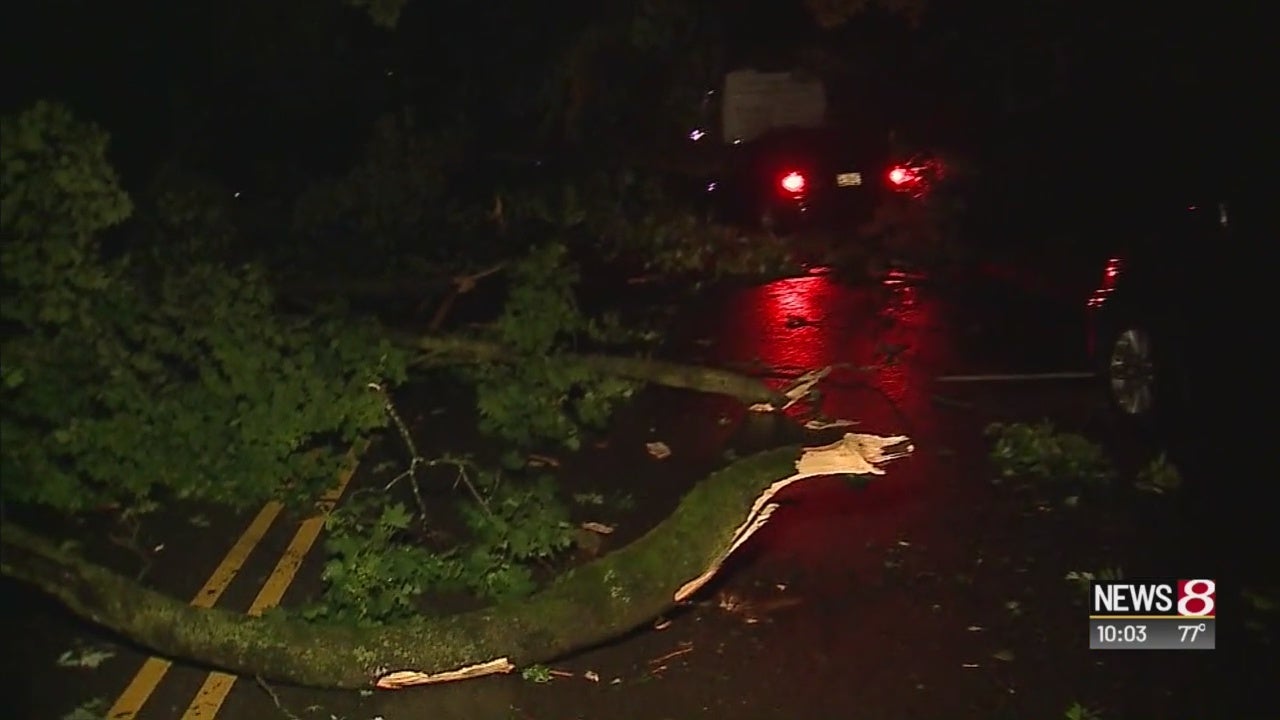 PENDLETON, Ind. (WISH) — After storms damaged at least 75 homes in this Madison County town, law enforcement authorities on Monday night were not allowing motorists into the community, said the emergency management director.

The town of 4,200 people suffered some of the worst damage in central Indiana after the National Weather Service issued dozens of tornado warnings and storm warnings Monday.

Director Todd Harmeson said search-and-rescue teams from as far away as Indianapolis were helping or coming to help with an effort to go from home to home and assure residents are safe.

Indiana Homeland Security said Monday night that no injuries were reported from Monday’s storms across the state.

Authorities asked residents to “shelter in place,” meaning they should stay inside their homes if they feel safe there.

If they feel unsafe at home, they were asked to get help to go to a shelter at Pendleton Heights High School.

According to the Indiana State Police, all traffic into Pendleton has been suspended as crews clean up debris on the streets and restore power.

From 15-20 residents were staying at the school for shelter shortly after midnight Monday.

Groups helping people at the school included the American Red Cross and the Madison County Animal Response Team, which helps pets in disasters.

The district’s schools will be closed Tuesday.

One woman who brought her two children to the school said she was evacuated by a gas leak in her home’s neighborhood. “I’ve never seen so many trees down in my entire life,” Sarah Wiggington said.

She said her family, minus the family dog they had to leave behind, will be staying at the high school until they can return to their home. Emergency crews said that could be 12 hours or more, but an animal rescue team reunited them with their dog at the high school.

Sarah’s sons, Preston and Jaxon, said they’re scared to see the damage to their room. One said he thinks his bed may be broken.

The National Weather Service had not confirmed by Monday night whether a tornado may have hit the town.

Harmeson said nearly all the town’s roads are covered with trees and debris, and most homes had no power. Some reports of structure fires were reported due to the power outages. Harmeson also said some gas lines had to be addressed after storm damage.

A news release from Harmeson’s agency said, “Pendleton Utility Company and Duke Energy is currently working to make repairs but it will be a lengthy repair process. We do not have an estimate of when power will be restored to the area.”

Two strong storms went through the community Monday. The first had knocked out power and downed trees in a small area along State Street around 4 p.m., but the second storm around 8 p.m. caused much greater damage.

Harmeson said officials on Tuesday morning were planning to open a staging area for people who was to help the town recover.

The National Weather Service and emergency authorities in other counties also shared reports of damage across the state: