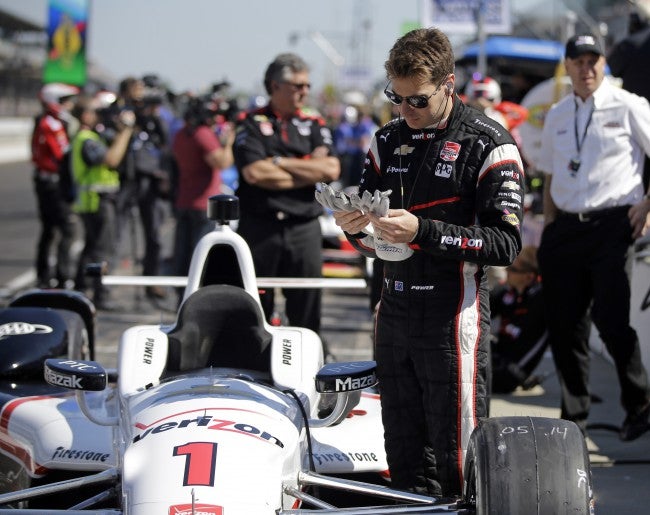 INDIANAPOLIS (AP) – Will Power led the final practice session for the Indianapolis 500 in a session that was dominated by Chevrolet.

Power turned a fast lap at 229.020 mph in Friday’s final session to put Team Penske on top of the leaderboard. He was followed by Scott Dixon, who turned a lap at 228.585, and then Tony Kanaan as Chip Ganassi Racing drivers went second and third.

Penske was also represented by Simon Pagenaud, who was fourth fastest.

Takuma Sato was fifth and the fastest Honda, though Chevrolet drivers took eight of the top 10 spots.

Penske and Ganassi both appear to be the favorites for Sunday’s race and dominated the top 10. Ganassi had Charlie Kimball and Sage Karam in sixth and seventh, while Helio Castroneves was 10th for Penske.