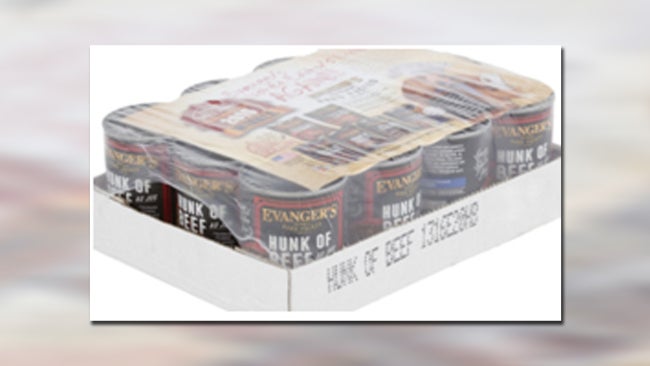 WHEELING, IL (WCMH) – Evanger’s Dog and Cat Food is recalling specific lots of its Hunk of Beef product because of the potential presence of Penobarbital.

The FDA says the contaminant was detected in one lot of Hunk of Beef Au Jus.

The FDA says Pentobarbital can affect animals that ingest it, and possibly cause side effects such as drowsiness, dizziness, excitement, loss of balance, or nausea, or in extreme cases, possibly death.

The subject recall affects 5 lots of food that were produced from its supplier’s lot of beef, which is specifically used for the Hunk of Beef product and no other products. To date, the FDA says it has been reported that five dogs became ill and 1 of the five dogs passed away after consuming the product with lot number 1816E06HB13.For more information, click here.