‘People need to know you can’t do this’: Friend of hit-and-run victim reacts to arrest 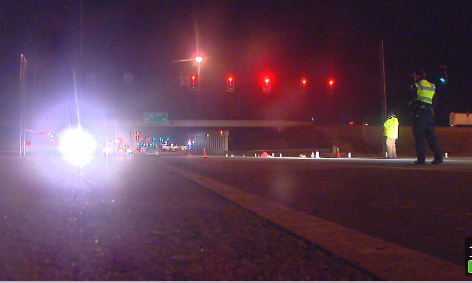 INDIANAPOLIS (WISH) – Richard Martin said it didn’t take the pain away Friday when he learned police arrested someone in connection to the hit-and-run that killed his best friend.

It did, however, give him hope for justice in the case.

“It eased up a little when I saw that they made an arrest,” Martin said, holding back tears. “It don’t take it away but at least I feel a little better about that.”

Justice is an important concept to Martin. That’s one thing he had in common with the victim, 52-year-old Brian Wilkinson of Anderson.

Martin said he met Wilkinson in 1995 at the state prison in Pendleton, where they worked together for about 15 years. For part of that time, Martin said, they both served as officers.

First responders found Wilkinson lying unresponsive in the 7300 block of Pendleton Pike. Police said someone hit him and kept driving. Wilkinson later died in the hospital.

IMPD announced Friday they arrested 30-year-old Brittney Jones and preliminarily charged her with leaving the scene of an accident resulting in death.

“It’s bad enough to get hit but to lay there in pain or possibly dying with nobody there with him,” Martin said said. “That really shook me up.”

According to court documents, a man called police a day after the crash and said he met with Jones and saw damage to her headlight and windshield.

The man said Jones admitted to him that someone “walked in front of her car on Pendleton Pike.”

Detectives said they tracked down the car and matched pieces of a headlight lens from the scene with fracture lines on the car’s headlight.

“She should be prosecuted to the full extent of the law,” Martin said. “People need to know you can’t do this. It’s just not right to him or his family.”

Police found a picture of Jones’ car from before the crash in early Jan. and detectives did not see damage to the headlight or windshield in the picture, court records said.

Detectives also said a witness of the crash gave a description of the car that was similar to Jones’ car.

Jones will be in court for her initial hearing Monday afternoon.